Swiping second base twice in one play – it sounds like the kind of move only Willy Mayes Hayes would have the stones to pull off.

For this week’s Acid Flashback Friday, we take a look at a very unique occurrence on the field involving Lloyd Moseby: stealing second base twice … on the same play.

Moseby did what only few (if any) have done before him. Not much is known of the exact game when it happened, but there is more on this story courtesy of his Baseball Reference Bullpen page:

Once, in a game against the White Sox, he successully stole second base, and the throw from the catcher went into centerfield.

However, shortstop Ozzie Guillen faked him out by acting as if the ball had been popped up. Thinking that he was about to be doubled off of first, he ran back there instead of taking the extra base.

The center fielder threw in to first – and the ball went into the dugout. Moseby made it back safely to second, having run 270 feet to go 90 feet.

Since it’s kind of difficult to envision the above scenario are there aren’t any videos readily available, enjoy the Animated GIF below which is a re-enactment of Lloyd Moseby’s incredible double steal of second base.

Actually, Callum from Mop Up Duty let me know there is some footage of the play on Youtube. Check this out in case the Animated Gif didn’t do the play justice.

Thanks to Blue Jays Hip for this week’s suggestion for Acid Flashback Friday. If you have anything you’d like to see from Blue Jays yesterday, feel free to email bluejayhunter@gmail.com.

Ian Hunter
Ian has been writing about the Toronto Blue Jays since 2007. He enjoyed the tail-end of the Roy Halladay era and vividly remembers the Alex Rodriguez "mine" incident. He'll also retell the story of Game 5 of the 2015 ALDS to his kids for the next 20 years.
Tags : Acid Flashback Friday     Flashback Friday     Lloyd Moseby 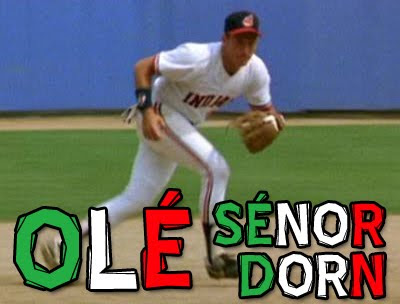