Yesterday, I was preparing to write a post about how the Blue Jays have quite the conundrum choosing from their three closer candidates in Jason Frasor, Scott Downs and Kevin Gregg.

Now it appears that decision just might become a whole lot easier.

After reading the Jason Frasor post on MLB Trade Rumors, the consensus in the comments seems to be that it would be fair for the Blue Jays to ask for the Cubs shortstop prospect Hak-Ju Lee.

Having not being too familiar with the Cubbies farm system, I searched the internets for any tidbit of information I could find on Hak-Ju Lee. Here is what ScoutingBook.com had to say about the Cubs prospect:

Lee would definitely bring some great speed and could fit in quite nicely as a dependable leadoff hitter  and fits the bill for the prototype of shortstop that Alex Anthopoulos has been so desperately seeking.

Another extremely promising aspects of Lee’s game is his blistering speed on the basepaths. Last year with the Cubs Single A affiliate Boise Hawks, Lee swiped 25 bases in 62 games, having only been caught six times.

Scouts also boasted of his speed out of the batter’s box, having been clocked in around 4.10 from the batter’s box to first base. Somebody get Drew from Ghostrunner on First on the phone because it sounds like the Blue Jays just might stumble on to their own version of Ichiro.

If all it’s going to take to acquire Hak-Lu Lee from the Cubs is Jason Frasor, Alex Anthopoulos should make the trade before the Cubs find another suitor. Right now, Frasor’s value is at it’s apex and they should pull the trigger on any offer from the Cubs that includes Lee.

Since they invited so many arms to Spring Training in the first place, the Blue Jays can easily afford to lose Frasor and thus opens the door for guys like Josh Roenicke, Zech Zenicola or even Merkin Valdez to make the roster.

Ian Hunter
Ian has been writing about the Toronto Blue Jays since 2007. He enjoyed the tail-end of the Roy Halladay era and vividly remembers the Alex Rodriguez "mine" incident. He'll also retell the story of Game 5 of the 2015 ALDS to his kids for the next 20 years.
Tags : Chicago Cubs     Hak-Ju Lee     Jason Frasor     Josh Roenicke 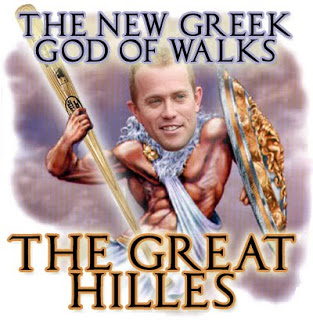