“A burst of energy came out of nowhere when I saw those guys out there on base and I knew I just had to hit the ball somewhere,”

After yesterday’s Mother’s Day heroics … honestly, how could you not love Fred Lewis?

In his post game interview with Rogers Sportsnet, he’s so humble and so likable that Jays fans across the country probably wish they could adopt Lewis as their own son.

Fred Lewis is genuinely excited to play for the Blue Jays, and it shows in this interview. That that newly acquired faces like Alex Gonzalez,Bengie Jose Molina and Kevin Gregg aren’t excited to be a part of this team, but you get the sense from Fred Lewis like he truly belongs in a Blue Jays uniform.

Toronto was in desperate need of a true lead-off hitter, and during the second week of the season, Fred Lewis appeared from the heavens like angel with wheels ready to save the Blue Jays.

The best part of it all? Alex Anthopoulous didn’t even have to give anybody up to acquire Fred Lewis – just cash. After watching other teams delve out millions and millions of dollars to free agents, it’s a nice change to see someone like Fred Lewis garner some recognition and get a second chance at success.

I have a feeling we’re going to see that modest smile of his for a long time to come.

Ian Hunter
Ian has been writing about the Toronto Blue Jays since 2007. He enjoyed the tail-end of the Roy Halladay era and vividly remembers the Alex Rodriguez "mine" incident. He'll also retell the story of Game 5 of the 2015 ALDS to his kids for the next 20 years.
Tags : Chicago White Sox     Fred Lewis
Previous post 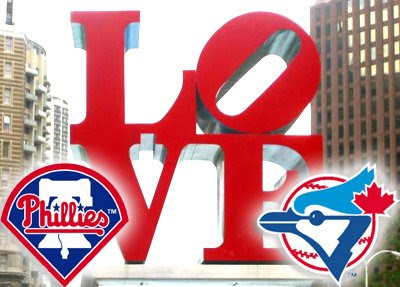