Even though he only spent a season and a half with the Toronto Blue Jays, Scott Rolen made a lasting impression with this team thanks to his constant dazzling plays on the third base side.

It’s a shame that Rolen wasn’t able to finish his tenure with the Blue Jays, but he will always be appreciated and remembered for his knack for timely hitting and incredible Gold Glove defense. As a tribute to the GBOAT, let’s take a look at Scott Rolen’s Top 10 Defensive Gems during his time with the Blue Jays.

With the Blue Jays protecting a slim 1-0 lead and a runner on, Rolen makes easy work of a short hop infield ball and gets the out.

Occasionally, Scott Rolen didn’t even need to rely on a glove to make the play. Rolen hustles and barehands an infield grounder to get his pitcher out of a jam.

An ordinary man might be disoriented after spinning around, but Scott Rolen twists and makes the throw from his knees for another highlight reel play.

It’s rumoured that the Tomahawk cruise missiles were designed after the accuracy of Scott Rolen’s throwing arm. In this defensive gem, Rolen tosses to Overbay from one knee and still makes the play.

In this dazzler from 2008, Rolen dives over the third base line stealing extra bases away from Nick Markakis while throwing him out from his knees across the diamond.

Scott Rolen showed that he was deadly from his feet and his knees, reaching across the line and tossing this one-hopper to get the out.

Perfectly positioned on this play, Rolen tracks down this ball just inches above the ground to steal a double away from Alex Rodriguez.

At 6’4″ and 240 pounds, Rolen displays he is one of the most agile “big men” of the infield as he leaps across the grass to snag this liner.

This is the infamous “climbing the ladder” play where Scott leapt to unreachable heights to pull down a line drive.

Although Rolen’s position is third base, there is no territory that is unfamiliar to him on the field. With the defensive shift on, Rolen basically positioned at shortstop and makes the diving stab.

Ian Hunter
Ian has been writing about the Toronto Blue Jays since 2007. He enjoyed the tail-end of the Roy Halladay era and vividly remembers the Alex Rodriguez "mine" incident. He'll also retell the story of Game 5 of the 2015 ALDS to his kids for the next 20 years.
Tags : defensive gems     GBOAT     Gold Glove Award     Scott Rolen     Toronto Blue Jays
Previous post 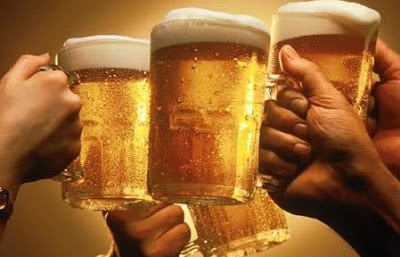 This Calls for a Celebration