Now do you believe?

I’m not saying that tonight was as touching as the ending of “Angels in the Outfield”, but Scott Richmond’s outing was heavenly, alright.

Richmond set a career high with 7 complete innings, surrendering just a single run to the Kansas City Royals. Make that 8 straight starts where Scott Richmond has not given up more than 3 runs and has pitched at least 5 innings (aside from the rain delay in Cleveland).

It was an all around phenomenal team effort by the Blue Jays. A few key defensive plays courtesy of Lyle Overbay, Scott Rolen certainly helped Richmond get out of a jam early in the game. A one-run cushion would have been enough to win the game, but the offense tacked on an extra seven just for good measure.

So is it an accident that Scott Richmond has been this successful so far? In a word – no. He has done exactly what the Blue Jays would have expected from their fifth starter. Not to necessarily intimidate hitters with a wide array of pitches, but to give the team an excellent chance to win ever time he takes the mound.

I believe, the Te of Inglett believes, John McDonald’s cabinet believes, and even Mike Wilner believes. Now it’s your turn to bask in one of the glorious side affects from Scott Richmond Kool-Aid: magic. Believe in it!

Ian Hunter
Ian has been writing about the Toronto Blue Jays since 2007. He enjoyed the tail-end of the Roy Halladay era and vividly remembers the Alex Rodriguez "mine" incident. He'll also retell the story of Game 5 of the 2015 ALDS to his kids for the next 20 years.
Tags : Angels in the Outfield     Kansas City Royals     Scott Richmond 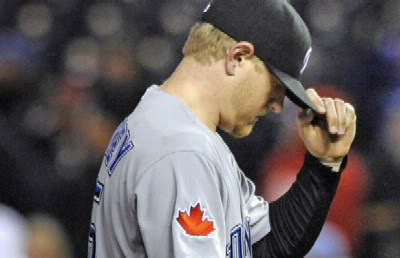 At the mercy of Purcey 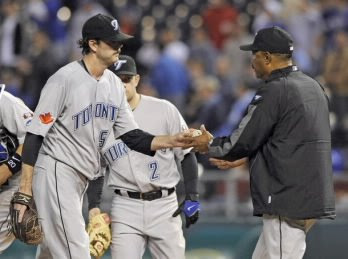