The Jays could not have asked for a better start than Scott Richmond gave them tonight. Rich was totally dialed in, sending 9 Texas Rangers back to the dugout shaking their heads. Notch another “W” in the column for Scott Richmond, and he is now 2-0 in three starts. Trust me guys, there is now enough Kool-Aid for all!

A point that Wilner constantly reiterates is that Scott Richmond has never given up more than 3 earned runs in any of his major league starts. For a player who was almost an afterthought coming into Spring Training, Richmond has certainly come a long way. I think even Mike Wilner is starting to be convinced by the Scott Richmond Kool-Aid.

Whatever Alex Rios was using as his slump-buster, it finally worked. Not that a 4 for 6 appearance in last night’s game wasn’t impressive, but I think that Rios really needed to hit his first HR of the season to really get the ball rolling.

And how about the damn bullpen? Initially, Cito said before tonight’s game that Scott Downs would not be available to pitch in tonight’s game. But he made a surprise appearance in the 9th, and Downs did what he did best – shut it down. For the first time this season, I was not nervous when our closer came in for a save situation. There is something very reassuring about having Scott Downs on the mound, which makes B.J. Ryan’s trip to the disabled list almost necessary for him to regroup.

So whether you choose to mix your Scott Richmond Kool-Aid with vodka, whiskey, or you just drink it straight up, let’s celebrate another great start from Captain Canada. And the best part of all? There’s no hangover in the morning.

Ian Hunter
Ian has been writing about the Toronto Blue Jays since 2007. He enjoyed the tail-end of the Roy Halladay era and vividly remembers the Alex Rodriguez "mine" incident. He'll also retell the story of Game 5 of the 2015 ALDS to his kids for the next 20 years.
Tags : Alex Rios     Kool-aid     Mike Wilner     Scott Downs     Scott Richmond 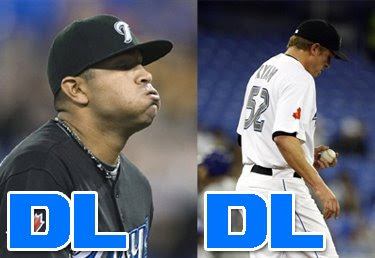 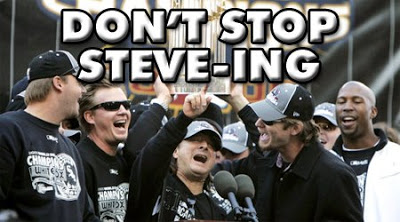