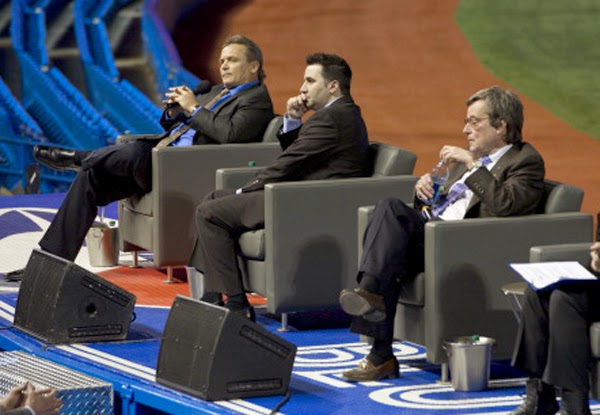 Most around these parts are pretty familiar with the Blue Jays’ annual State of the Franchise meeting. But for those new to the scene, it’s best described as a shareholder’s meeting for season ticket holders.

Each year, the Toronto Blue Jays invite their season ticket holders and members of the media down to the Rogers Centre for the “State of the Franchise”; a chance for the Blue Jays’ brass to address the state of the club and field questions from the fans.

For those not able to attend, Sportsnet will be streaming the event beginning at 6:30pm. Judging by past years, the panel portion of the program could run anywhere from 30-45 minutes.

In previous years, there’s usually been an underlying tone heading into the annual event. Two years ago it was complete and utter excitement. Last year, it was disappointment and frustration. But after the Blue Jays’ numerous offseason acquisitions, the tone should be optimistic.

But what exactly will be covered by Alex Anthopoulos, Paul Beeston and John Gibbons? Here’s a preview of which topics may be covered during tonight down at the Rogers Centre for the Blue Jays State of the Franchise.

Considering that this topic is still relatively fresh in most people’s minds, expect the whole Paul Beeston/Dan Duquette thing to be addressed early on.

In recent radio interviews, Beeston hasn’t revealed much about what exactly has transpired since the initial rumours at the Winter Meetings, but he has acknowledged that events took place behind the scenes without his prior knowledge.

Since 2015 is essentially Paul Beeston’s swan song, I wouldn’t expect him to publicly dwell on the Dan Duquette events and he’ll likely turn his focus and efforts to winning in his final year as Toronto Blue Jays president and CEO.

This is one issue that has seemingly plagued the Blue Jays since the final game of the 2014 season; the status of the bullpen. There really is a great quantity of arms that could comprise the Blue Jays relief corps, the question is whether they’re quality arms.

The market was seemingly flooded with relievers this offseason and there are still quite a few impact pitchers which the Blue Jays may still be inclined to sign (if their price comes down).

All indications point towards Alex Anthopoulos being extremely active in trade discussions for a back-end reliever (possibly even a closer), and that may even continue as the weeks lie ahead.

Frankly, I wouldn’t be surprised if one of the ticket holder questions surrounded the big-name relievers like Andrew Miller and David Robertson. However, I think the philosophy is becoming instilled into fans that relievers (even the best ones) are still an extremely volatile commodity.

What to do with Aaron Sanchez?

Perhaps no one topic has sparked greater debate among fans and pundits this offseason than what to do with Aaron Sanchez. Should the Blue Jays stretch him out as a starter, or should they stash him in the bullpen?

The panel for this evening might have differing thoughts on how to use one of their most promising young arms, but if John Gibbons is asked directly, I would not be surprised to hear him plead his case for Aaron Sanchez as the Blue Jays’ next closer.

Considering how Gibbons used Sanchez late in the season and how enamored he seems with using him in the bullpen, something tells me Gibby has an underlying affinity for Aaron Sanchez as a reliever rather than a starter.

The Turf and What About Real Grass?

This topic seems to come up each year, but expect the artificial surface/natural grass issue to be addressed. The Blue Jays are already in the midst of installing the brand new Astrotuf Xtreme at the Rogers Centre, and we’ll get a better idea of how it looks.

Perhaps we’ll also get an update as to the timeline for potentially installing real grass at the Rogers Centre. A few years ago at the State of the Franchise, Paul Beeston initially tabled a 2018 target date, but with recent developments, that seems less and less likely.

This meeting should provide a better update as to how much longer the Blue Jays will continue to play on artificial surface, and what potential steps need to be taken to convert to the field to sustain natural grass.

This is one topic that’s gained a lot of traction as of late, and the timing of James Shields’ impending signing and the State of the Franchise is a recipe for a flurry of speculation.

The latest rumours indicate that Shields may sign as soon as this weekend, and the Blue Jays could always use a perennial innings-eater like James Shields to fortify their starting rotation.

It’s a very specific precedent, but Jon Morosi notes that no free agent pitcher has ever signed a deal more for more than $50 million dollars after February 1st.

“If you can backload Russell Martin’s deal, why can’t you backload a deal for James Shields” is one question that very well may creep its way onto the Jumbotron tonight.

And if that’s the case, I foresee Alex Anthopoulos delivering his usual proverb, “we like a lot of players, but we like them at a certain price”. But the little kid in me thinks the State of the Franchise would be the perfect time to unveil an acquisition of James Shields’ calibre. 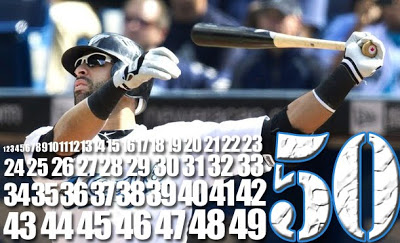 The Shortstop Search is Over 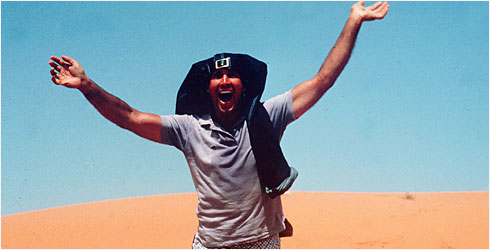