On Wednesday, Thomas Pannone pitched one of the finest debuts you’ll ever see from a starting pitcher making their very first start. Despite sitting idle and not having thrown more than 100 pitches in close to a month, Pannone was lights out in his Blue Jays starting rotation debut.

Some starters aren’t so lucky. On the other side of the pendulum, Jeff Ware has the distinction of having the worst MLB debut by a Blue Jays starter ever. His final line reads as follows: 1.1 innings pitched, 14 batters faced, 7 hits, 6 earned runs, 3 walks and a GameScore of 12.

Simply surviving that first Major League start is a huge hurdle to overcome for starting pitchers. Some never get the opportunity again, while players like Pannone have a bright future ahead of them.

The Best Blue Jays Rookie Debuts as a Starter

Admittedly, I kind of shoehorned Pannone into that list. Although he made four relief appearances for the Blue Jays earlier this year, he started for the very first time this past Wednesday and now owns the second-best GameScore by a rookie Blue Jays starting pitcher making their very first start.

Yes, that’s Mauro Gozzo topping the list with a 76 GameScore in his MLB debut. He started all of three games for the Blue Jays in 1989 and his first was by far his best; an eight-inning gem against the Texas Rangers. Gozzo made two more starts before finishing the season in the bullpen and was traded by the Blue Jays the following September.

Jesse Litsch‘s Major League debut is likely the most vivid for fans on that list. The thing that amazed me about that game was Litsch was one strike away from throwing a complete game in his MLB debut. With his father in attendance for the game, Litsch pitched 8.2 innings and collected 21 ground ball outs.

Before he came over to the Blue Jays as part of the J.A. Happ trade, there was a time when Brandon Lyon was once a starting pitcher for the Toronto Blue Jays. They drafted him in 1999 and committed to the starter experiment for a few years before trading him to the Red Sox at the 2003 trade deadline.

And who could forget Marc Rzepczynski? He put forth a solid six-inning outing against the Tampa Bay Rays during his MLB debut on July 9th, 2009. Rzepczynski owns the most strikeouts for a Blue Jays rookie in their debut with seven K’s.

Very rarely will you ever see rookies like Pannone put up games like that in their very first Major League start. For most, it’s nothing but downhill from there. Perhaps Pannone is one of the few to buck that trend.

Ian Hunter
Ian has been writing about the Toronto Blue Jays since 2007. He enjoyed the tail-end of the Roy Halladay era and vividly remembers the Alex Rodriguez "mine" incident. He'll also retell the story of Game 5 of the 2015 ALDS to his kids for the next 20 years.
Tags : Flashback Friday     Thomas Pannone 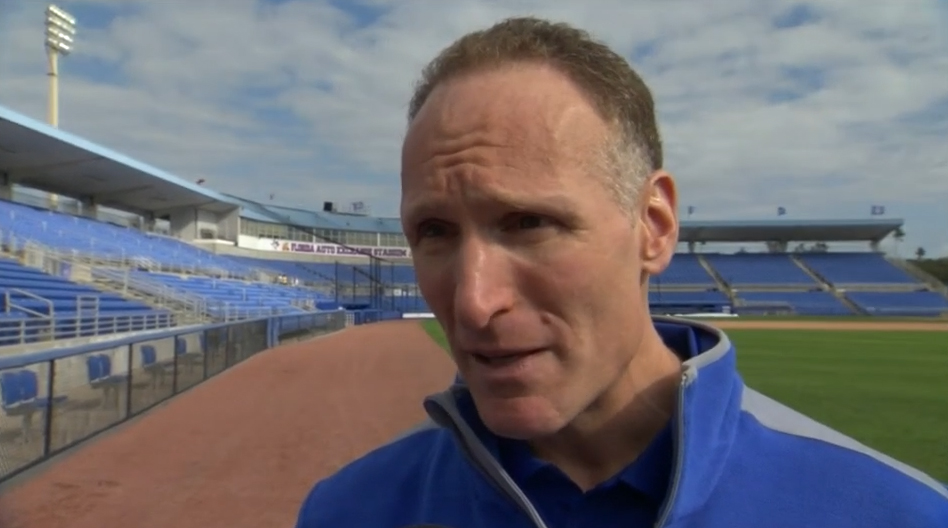