If you asked the experts whether they consider the 2018 Toronto Blue Jays a playoff worthy team, most would respond with a resounding “no”. Heck, even the most devout fans aren’t naive about this team’s chances this year.

In order for the Blue Jays to have any hope of getting back to the playoffs, everything needs to go right for them in 2018 where everything went wrong for them in 2017. It isn’t impossible, but an inordinate amount of things need to line up for Jays to be a postseason team.

FanGraphs, on the other hand, doesn’t quite see it that way. In fact, they’re very bullish on this Toronto Blue Jays team. Their 2018 win projections peg the Blue Jays as an 86 win team, which according to their projections, puts them two games ahead of the Los Angeles Angels for that second coveted Wild Card spot.

Most might find that forecast a little on the high side for the Blue Jays and low for the Angels, considering that the Angels’ had the splashier offseason; re-signing Justin Upton, winning the Shohei Ohtani sweepstakes, acquiring Ian Kinsler and signing Zack Cozart.

But as Craig Edwards of FanGraphs wrote, the Blue Jays put forth a sneaky-good offseason by filling holes on the roster and lining up suitable backups at most positions on the roster.

FanGraphs also ranks the Blue Jays as having the fifth best offense in the American League with a forecast of 5.06 runs scored per game. They’re middle of the pack in terms of forecasted runs allowed at 4.73 runs per game.

Depending on which forecast model you look at, there’s a wide degree of variance in win totals for the Blue Jays. FanGraphs has the Blue Jays at 86 wins while PECOTA forecasts them as an 80 win team. Just a few weeks ago, that PECOTA win total was down to 78 wins.

Admittedly, projections are an inexact science and can be way off-base. As a comparison, FanGraphs projected the 2017 Blue Jays to finish with an 84-78 record. In actuality, they finished 76-86. Just a few weeks ago, the Blue Jays’ projected win total was 84 games and it was 83 wins in early January.

If the Blue Jays were to cross that 86 win threshold this season, at the very least, you’d think that should be good enough to put them in the playoff race. The race for the second AL Wild Card spot may not be quite as unspectacular as it was last season, but finishing 10 games over .500 seems like an attainable win total for the 2018 Blue Jays.

And with the Rays seemingly shipping off every player of value, one of the Blue Jays’ divisional foes just became that much weaker. The Blue Jays face the Rays 19 times this season and posted a 10-9 record against Tampa Bay in 2017 It also helps that many former Blue Jays killers in Rays uniforms have now left the division altogether.

Last year, all it took was 85 wins for the Twins to win the second Wild Card spot. That’s essentially asking the Blue Jays to win nine more games in 2018 than they did in 2017. To me, that seems like a realistic goal for the Blue Jays to have.

With Josh Donaldson and Aaron Sanchez back into the fold, whoever playing shortstop, second base and the corner outfield spots, in addition to a decent-looking starting rotation, isn’t there nine or ten more wins in there somewhere?

There is a path to the playoffs for the Blue Jays in 2018. It isn’t clear and it won’t be easy, but it’s attainable.

Hat tip to FanGraphs for the data

Ian Hunter
Ian has been writing about the Toronto Blue Jays since 2007. He enjoyed the tail-end of the Roy Halladay era and vividly remembers the Alex Rodriguez "mine" incident. He'll also retell the story of Game 5 of the 2015 ALDS to his kids for the next 20 years.
Tags : FanGraphs     projections 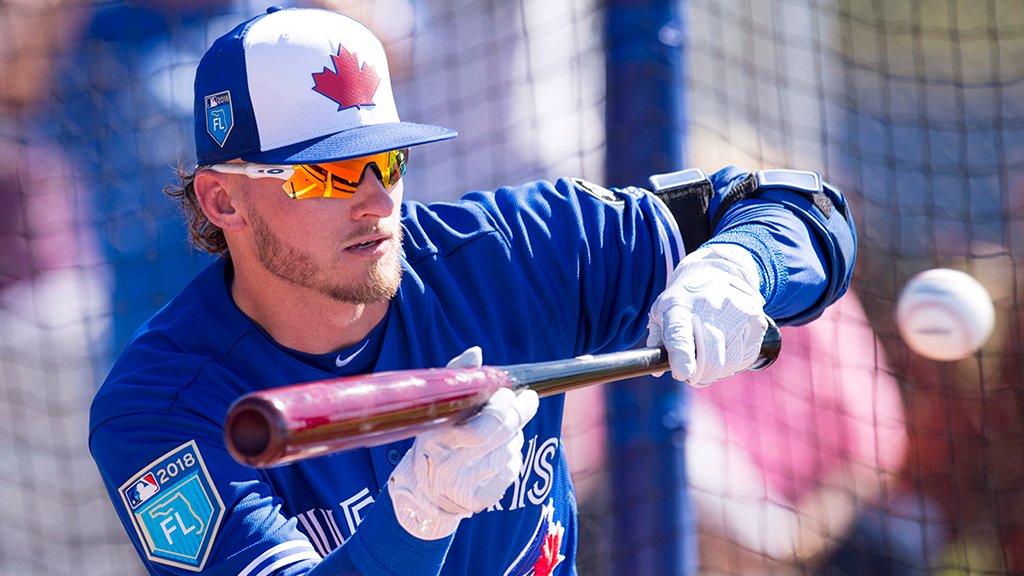 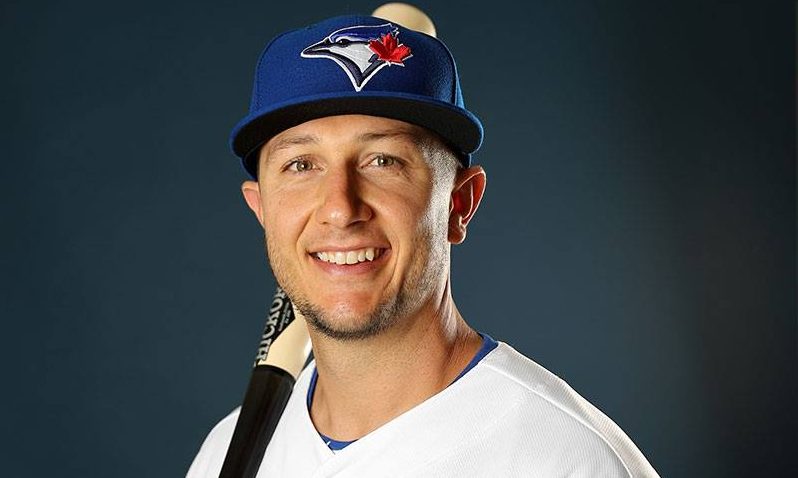