Update: Confirmation from Hazel Mae that Joaquin Benoit fell as he ran out of the bullpen and subsequently suffered a torn calf muscle.

As soon as I saw Joaquin Benoit limping into the dugout and using Pete Walker as a support, I knew something was wrong.

It turns out the Toronto Blue Jays’ dust-up with the New York Yankees may caused a couple of injuries to members of the Jays’ roster; one belonging to Devon Travis and the other being Joaquin Benoit.

As of this moment, the severity and cause of their injuries aren’t known, but one can only assume they were brought about by the Blue Jays’ on-field brawl with the Yankees.

While it sounds like Travis may be simply day-to-day, Benoit’s diagnosis sounds much worse. Shi Davidi reported late last night that Joaquin Benoit was seen leaving the clubhouse on crutches.

During the Blue Jays’ TV broadcast, Buck Martinez and Pat Tabler speculated that Joaquin Benoit may have gotten stepped on in the melee, which would explain why he was walking so gingerly into the dugout. But Benoit may have hurt himself before he even reached the scrum.

Thanks to the eagle eye viewing of @Minor_Leaguer from Bluebird Banter, we now know that at least somebody took a pretty big spill on the field once the benches and bullpens emptied in the bottom of the third inning.

Not great quality video, but whoever came running out of the Jays' bullpen fell HARD. pic.twitter.com/47SUgBEavw

I’ll fully admit, this could be anybody, but there’s two reasons why I think it could very well be Joaquin Benoit.

First off, Benoit was one of the last people to make it to the scrum of Blue Jays and Yankees players tussling on the infield. Unlike Jason Grilli, Joaquin Benoit didn’t bolt in from the bullpen.

Secondly, Benoit’s injury was sustained to his left leg. In that shoddy GIF above, whoever bailed on the turf planted their left leg and then took a tumble. Maybe his spikes caught in the turf and either planted awkwardly or pulled something, which sent him flying towards the ground.

In the end, it doesn’t really matter how Joaquin Benoit sustained his injury, it’s the fact that the Blue Jays are now without one of their few reliable relievers for the foreseeable future.

But if Joaquin Benoit really hurt himself by running and tripping trying to bolt in from the bullpen to help stop a fight, it would only add to the pantheon or weird and bizarre Blue Jays injuries.

Ian Hunter
Ian has been writing about the Toronto Blue Jays since 2007. He enjoyed the tail-end of the Roy Halladay era and vividly remembers the Alex Rodriguez "mine" incident. He'll also retell the story of Game 5 of the 2015 ALDS to his kids for the next 20 years.
Tags : injuries     Joaquin Benoit 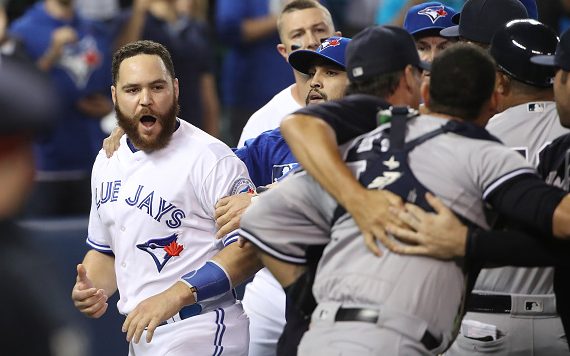 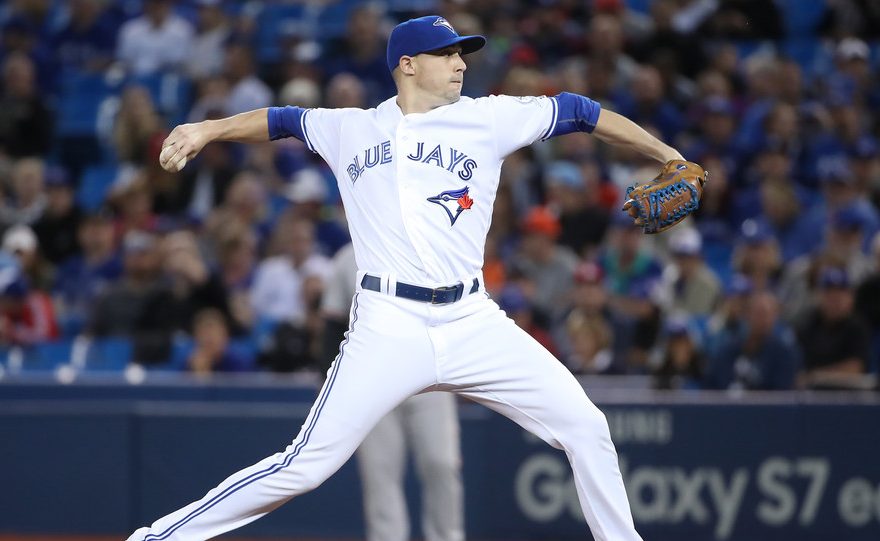