Leave it up to a bunch of bad apples to spoil it for the whole bunch.

In a tweet from Ken Rosenthal, starting this evening, tall boy cans will not be served in the 500 Level at the Rogers Centre anymore during the playoffs.

#BlueJays adjust beer policy for ALCS: Beer at 500 (highest) level of Rogers Centre will be poured into plastic cups and not sold in cans.

There is no indication from Rosenthal as to whether this is moving forward or whether it’s just for the remainder of the ALCS (or the World Series, if the Blue Jays get there).

This move was in response to what happened in Game 5 of the ALDS; when beer cans were littered onto the field from the stands during the bizarre seventh inning of play against the Texas Rangers.

In an attempt to curb fans from hurling these aluminum rockets onto the field, beer in the 500 Level will now be poured into plastic cups.

It’s a move I’m all for, but the issue now is that this will significantly increase the time it takes to get a beer in the 500 Level. Now instead of a server simply cracking a beer, they’ll have to pour it into a glass; multiple this a few thousand times and you increase the serve time exponentially.

And as far as I can tell, this also means any beer vendors that venture up to the 500 Level will have to pour beers into plastic cups. This also increases the serve time and can’t be ideal for those servers in the upper deck.

This kind of move really singles out the fans in the 500 Level, but the truth is that things were thrown onto the field from all levels at the Rogers Centre during Game 5.

The difference is the people in the upper deck have the most potential to hurt somebody with a flying object, that’s why this move has been made. If people are going to be stupid, they’re going to throw stuff on the field regardless.

Keep in mind folks … it’s not Bash at the Beach 1996. If anything, hurl insults towards the opposing players, not beers. 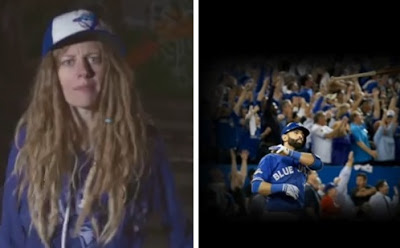 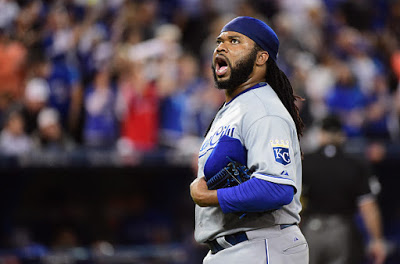