Two games – that’s all that stands between the Toronto Blue Jays and the best record in the American League. That record is currently occupied by the Kansas City Royals, but at their pace … it might not be for much longer.

Think back to two months ago; the Blue Jays would’ve been more than happy to simply be within sniffing distance of a Wild Card spot. As the weeks passed and the Blue Jays rocketed into a playoff position, the AL East lead was the next mountain to climb.

It simply isn’t bragging rights that are on the line; if the Blue Jays can catch the Royals and take over first overall spot in the league, they can secure home field advantage throughout the entire playoffs; including the World Series.

At one point, the Kansas City Royals were not only running away with the AL Central, they had head and shoulders the best record in the entire American League. But as of late, their grip over the AL has loosed and they find themselves just a few games ahead of the Blue Jays.

The Blue Jays are definitely on the upswing right now whereas the Royals are reeling. But it’s interesting that the Jays are suddenly in a position to overtake the Royals as the best team in the league.

For the Blue Jays, capturing that top spot is something to aspire towards. At the moment, the Jays are still trying to fend off the Yankees for the AL East crown, but that doesn’t mean the Jays shouldn’t be gunning for the Royals as well.

The Blue Jays were lucky enough to land David Price, and they chose wisely over the next most-coveted starting pitcher at the trade deadline, Johnny Cueto.

Even the Royals’ bullpen, which has been the crown jewel of the team the past two seasons, has been average at best in the second half with a 3.63 ERA. Meanwhile, the Blue Jays own the best bullpen ERA since the break at 2.78.

So if you’re the Kansas City Royals, although you enjoy a sizable nine game lead in the AL Central, there’s definitely a cause for concern. As a playoff-bound team, there’s nothing worse than sputtering into the playoffs only to be bounced early in October. Just as the Oakland A’s how that worked out.

Plus, how cool would it be for Jays fans if Toronto finished first in the AL East? Not only could the Jays finally end their 22-year playoff drought, they could do so in an impressive manner by winning home field advantage than the playoffs.

In some cases, teams prefer to be the chasers rather than the chasees. This is where the Blue Jays can enjoy the best of both worlds; they can keep the Yankees at bay while also aiming to catch the Royals.

At this point, it’s presumptuous to think the Yankees will fall off a cliff. If they were going to collapse, they would’ve done so already.

So for the Blue Jays, they can put the Yankees in their rear view mirror and focus on gaining ground on Kansas City Royals. At this rate, the Blue Jays might pull even with the Royals as early as tomorrow night.

First place in the American League East is absolutely a lofty goal for the Blue Jays to set, but just a few months ago, so was a simple playoff berth.

Ian Hunter
Ian has been writing about the Toronto Blue Jays since 2007. He enjoyed the tail-end of the Roy Halladay era and vividly remembers the Alex Rodriguez "mine" incident. He'll also retell the story of Game 5 of the 2015 ALDS to his kids for the next 20 years.
Tags : AL East     American League East     Kansas City Royals     New York Yankees 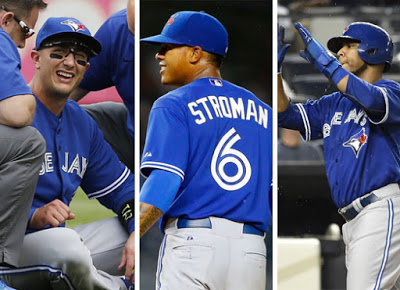 3 Up 3 Down: Tulo’s Injury, Stroman’s Return and the Jays Stealing Signs? 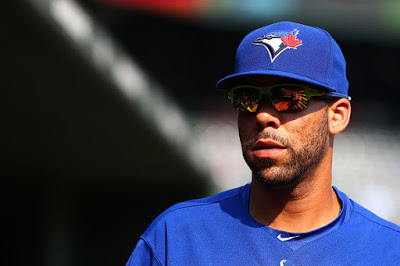 Do the Blue Jays Have A Legitimate Chance of Re-Signing David Price?