Life Without Michael Saunders Begins for the Jays

“Here we go again. This must be some kind of cruel joke.”

Those are the very reactions many had early yesterday morning when they woke up to learn that Michael Saunders would be out until the All-Star break. I barely even had time to finish my Frosted Flakes before hearing the news about the Jays’ new starting left fielder.

Yes, Michael Saunders somehow managed to tear his meniscus stepping on a piece of soft grass which covered a sprinkler head. Of all the places he could’ve stepped, that was is. It truly was a freak injury, something which has plagued the Blue Jays over the years.

I suddenly experienced a flashback to the second week of the 2013 season; the image of Jose Reyes with tears running down his face remains etched into my brain, as it more or less defined the first few months of that 2013 Blue Jays campaign.

While losing Michael Saunders might not be the same magnitude as losing Jose Reyes, it still hurts to lose a starting position player for such an extended period of time.

Before the 2015 season even had a chance to begin, the Blue Jays received the equivalent of a punch to the stomach. The club’s entire hopes for the 2015 season didn’t necessarily hinge in the presence of Michael Saunders, but that’s an unexpected void to suddenly fill.

And who exactly will step in for him? Immediately, it seems like either one of Dalton Pompey or Kevin Pillar might just be the answer as the Blue Jays’ everyday left fielder.

On average, Michael Saunders has been around a 1.75 WAR left fielder the past three seasons. Is it all that unreasonable to expect an internal candidate like Pompey or Pillar to produce similar results?

Injuries have been a concern with Saunders the past few years, and simply staying on the field everyday has been a challenge for him. This injury (while freak in nature) is just another to add to the laundry list of the wide variety of injuries Saunders has sustained over his career.

I really can’t imagine it will be any of the periphery outfielders like Andy Dirks, Chris Dickerson or Ezequiel Carrera. My belief is that the club is really hoping one of Dalton Pompey or Kevin Pillar will command the left field position outright.

At the very least, the combination of Pillar and Pompey in left field would provide at the very least league average defense, if anything perhaps a little bit better. Michael Saunders was an average left fielder, and both of those guys have a chance to be much better than average.

Pillar and Pompey also provide a little more speed than Saunders would; it’s just their at-the-plate approach which has many concerned. At times, Dalton Pompey looked completely overmatched by left-handed pitching, and Kevin Pillar struggled to get on base.

Now with Michael Saunders gone until the All-Star break, the focus will not only be on guys like Dalton Pompey and Kevin Pillar, but also the rest of the starting lineup to pick up the slack created by Saunders’ absense in the lineup.

When the Blue Jays initially acquired Michael Saunders, by comparison he was a step backwards offensively compared to Melky Cabrera. But with the loss of Saunders out of the lineup, that position suddenly takes yet another step backwards.

The one area which the Blue Jays will really miss Michael Saunders is as yet another left-handed bat in the lineup. With Saunders on the DL, that might only give the Blue Jays one lefty in their bottom third of the order.

If there’s one thing Blue Jays fans can seek solace in, it’s that the Blue Jays aren’t losing a middle of the order bat; essentially they’ve lost their number seven hitter in the lineup. The top two thirds of the order remains intact and is still poised to be one of the deadliest in all of baseball.

In the meantime … get well soon, Mr. Saunders.

*Update*: In an interesting twist of fate, Saunders will now be back in only 4-6 weeks. He had to have his meniscus completely removed, and thus will allow him to return much sooner than anticipated.

Ian Hunter
Ian has been writing about the Toronto Blue Jays since 2007. He enjoyed the tail-end of the Roy Halladay era and vividly remembers the Alex Rodriguez "mine" incident. He'll also retell the story of Game 5 of the 2015 ALDS to his kids for the next 20 years.
Tags : Dalton Pompey     injury     Kevin Pillar     left field     Michael Saunders 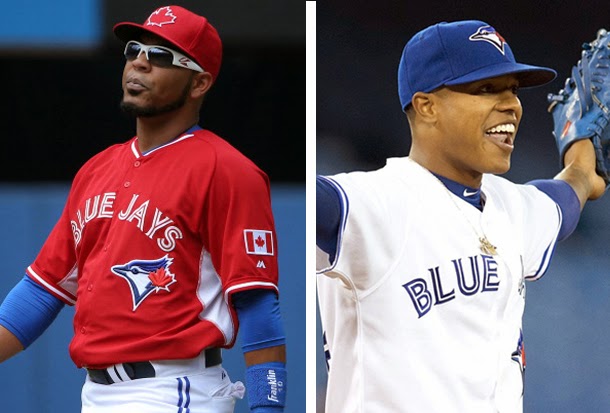 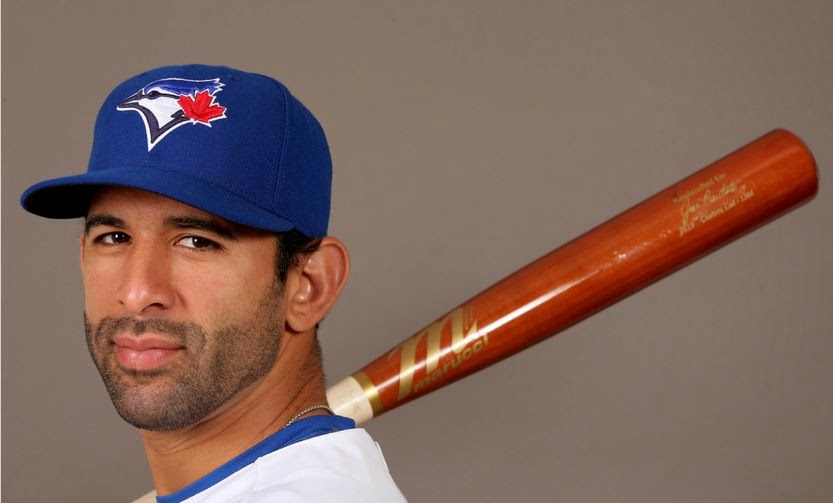