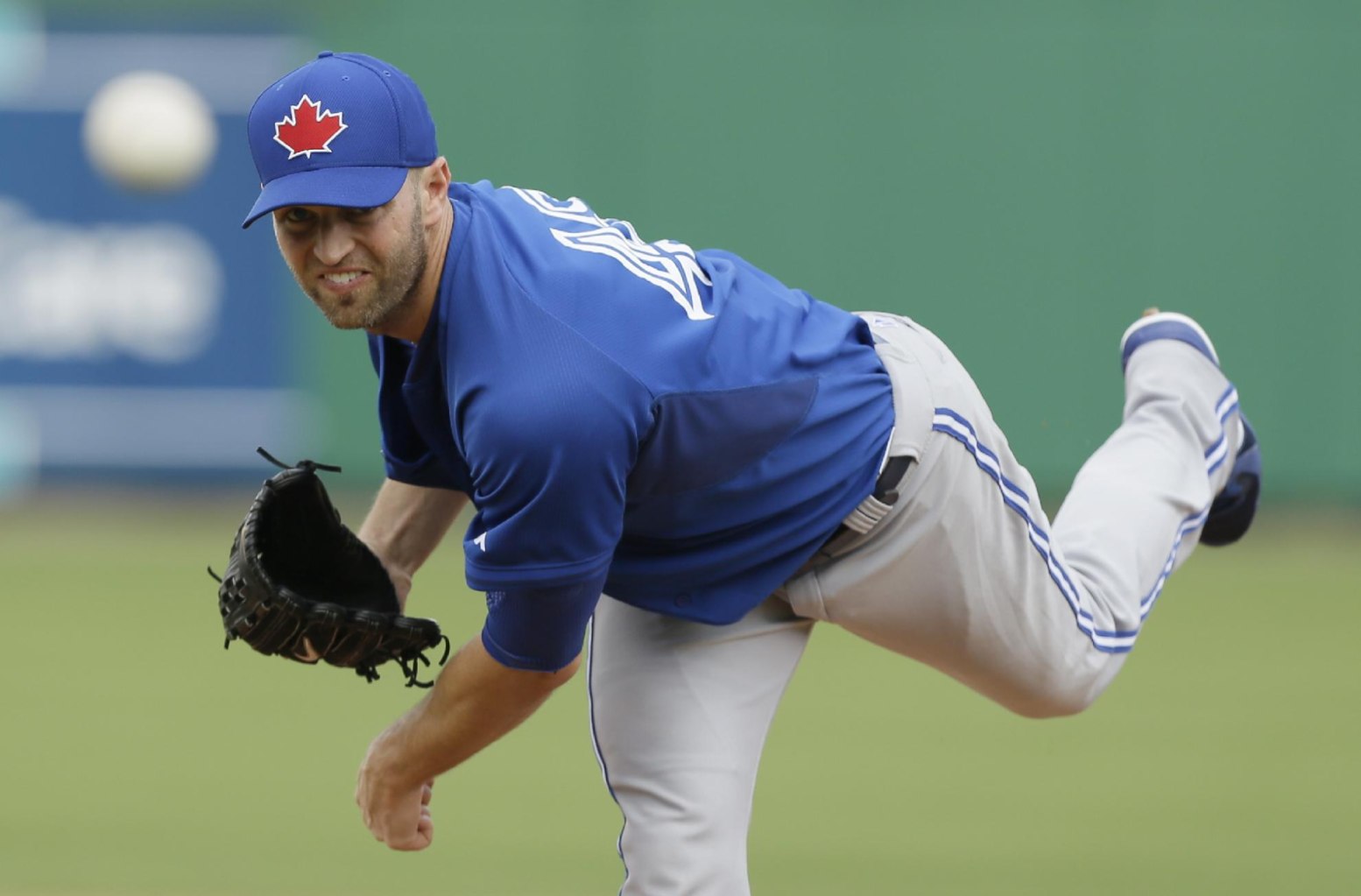 After a second consecutive poor outing yesterday, J.A. Happ is beginning to look more and more like a man who’s pitching his way out of the Blue Jays starting rotation. But like him or not, J.A. Happ will break camp as the Blue Jays fourth or fifth starter (barring an injury).

Happ is not a proven commodity by any means, but frankly the Blue Jays know more about his potential than they do that of other guys competing for the fifth starter spot in the rotation.

Now that I think of it, J.A. Happ’s Spring Training is beginning to look eerily similar to Ricky
Romero’s last year. Romero looked shaky early on, then the coaching staff suddenly altered with his mechanics, and then the wheels completely fell off.

Not surprisingly, the Blue Jays coaching staff also tinkered with Happ’s mechanics as well, experimenting with a new arm slot. However, the early results aren’t proving to be much better, and J.A. Happ is almost destined to repeat the same fate as Ricky Romero.

J.A. Happ will likely turn a lot of heads this spring … and by that I
mean the Blue Jays outfielder’s heads, as they watch the ball sail past
them.

Yes, it’s still early on – two outings in Spring Training camp usually isn’t much cause for concern, but the Blue Jays don’t have the benefit of time on their side when it comes to pitching. There are other guys out there who might be much more attractive options to give innings to.

Are they just going to wait it out and hope that Happ magically figures it out, or are they going to let Marcus Stroman, Drew Hutchison and Kyle Drabek have a shot at starting games?

Due to Bluebird Banter’s handy new Options and Status page, we can see Happ still has an option left, but since he has five years plus of service time, he’d have to agree to be sent down at the minors. At this point in his career, I don’t think that’s going to happen.

$5.2 million dollars isn’t a great deal of money to have tied up in one pitcher, but it wouldn’t make sense to just cut bait with J.A. Happ unless Alex Anthopoulos and John Gibbons were confident one of Hutchison, Drabek or Stroman could take his place.

And considering how many pitchers the Blue Jays went through last year, I don’t think letting go guys who can pitch (albeit not extremely well) in the Majors is something that benefits the Blue Jays.

For a team that went through as many pitchers as Toronto did last year, it would be counter-productive move to just let go of J.A. Happ.

Believe it or not, there are worse options out there when it comes to back-end starters. And some of them exist in the American League East, so it’s not necessarily imperative the Blue Jays employ five aces in their rotation.

If given the choice, would you rather have J.A. Happ or Bronson Arroyo? I’d give the slight edge to Arroyo simply because he can rack up innings, but at $9.5 million a year for Arroyo, the Diamondbacks are definitely overpaying for a back-end starter.

Fourth and fifth starter spots are typically reserved for mediocre pitchers, and J.A. Happ is exactly that – a middle of the road arm.

It frustrated me at the State of the Franchise when Alex Anthopoulos
cherry-picked stats that made J.A. Happ sound like a Cy Young calibre
pitcher, but this is obviously a guy the Blue Jays are committed to,
simply because they don’t really have a choice.

I’ll don’t think I’ll ever quite understand what Alex Anthopoulos seemingly moved heaven and earth to acquire J.A. Happ in the first place, but he’s still under contract this season and therefore Happ will pitch for the Blue Jays.

Richard Griffin pegged the Happ trade as the worst deal ever by Alex Anthpoulos, and after witnessing the results since that 2012 mid-season trade with the Astros, I’d tend to agree. Mostly because the Blue Jays have received nearly no production in return from that trade.

Let’s face it; if by some miraculous feat the Blue Jays make the playoffs this year, J.A. Happ will not be starting in the postseason. He just does not seem like a big-game pitcher.

But the good thing is in the postseason, you only go with your top three starters anyway. So fans need not worry about Happ getting the ball in a pivotal Game 3 in the ALDS.

At this point, I’ve basically reserved that J.A. Happ will be in the Blue Jays starting rotation this year. I guess that just means we’ll have to hold our collective breaths every five days when he takes the mound.