Any other offseason, signing a player who tested positive for performance enhancing drugs would be the number one headline. In a vacuum, bringing in a player with baggage like Melky Cabrera would create a firestorm of activity. This time however, it didn’t.

This time, the Melky Cabrera signing was overshadowed by the blockbuster trade with the Marlins and the acquisition of R.A. Dickey. Perhaps that was the plan all along or maybe it wasn’t, but ordinarily a move like that would receive an inordinate amount of press.

The absolute fact is that Melky Cabrera was implicated for PED’s. But when it comes to his performance on the field, Melky is a complete question mark.

The Blue Jays know they now have an everyday left fielder, they know they have a switch-hitting number two hitter, but beyond that … what to the Blue Jays really know about the one they call the “Melk Man”?

Melky Cabrera is the true unknown on the Blue Jays roster because it’s so incredibly difficult to determine his career baseline. 2012 obviously has to be thrown out, and maybe even 2011 or 2010 as well considering the most recent steroid allegations.

So does that mean Melky Cabrera’s last three seasons are a complete write-off? I don’t think that’s necessarily the case, but Cabrera’s true potential is much closer to a 1 or 1.5 win season rather than the 4 or 4.5 win seasons he’s posted the last two seasons.

The 2013 projections for Melky Cabrera look to be fairly solid, with most of them coming in around 2 WAR or more. To me, that seems somewhat generous considering everything that’s happened with Melky these past few years.

With all that said, I think the bare minimum expectations for Melky Cabrera is he just needs to perform better than Rajai Davis. If Cabrera can simply be an everyday left fielder for 130 games a season the next few years, then the $16 million dollar contract will pay for itself.

Then if Melky can contribute with his bat, that’s just icing on the cake. As Jared noted over at Bluebird Banter, the bar has been set so incredibly low these past few years by Blue Jays left fielders, that any semblance of a consistent season would be an upgrade.

It would cost the Blue Jays upwards of $10 million dollars a year to sign a 2.3 win left fielder, so signing Melky at $8 million dollars per year appears to be good value.

I’m positive there were plenty of teams lining up to ink Melky Cabrera to a one year contract, but it sounds like the Blue Jays were one of the few teams willing to go two years. So not only does it work out well for Toronto, but Melky has a guaranteed two-year deal where he otherwise might only have gotten one.

Obviously, there’s somewhat of a stigma attached to signing a player linked to PED’s, but unless Melky Cabrera is found guilty of further PED use, it shouldn’t affect the Toronto Blue Jays at all. As far as I’m concerned, he served his punishment and it’s time to move on.

The thing that I’m most concerned about with Melky Cabrera is simply his ability to perform on the field with the Blue Jays the next two seasons.

While most of the headlines this offseason were devoted to R.A. Dickey, Jose Reyes, Josh Johnson and others, the ultimate success of this Blue Jays squad will also hinge on what Melky Cabrera can bring to the table.

In an offseason that was littered with big free agent signings like Josh Hamilton and Zack Greinke, inking Melky Cabrera to a two-year deal was arguably one of the most under-valued signings of the winter.

Cabrera’s steroid implications presented a very unique situation for the Blue Jays; a very rare buy-low scenario for a player that might otherwise fetch double or even triple the amount he did on the open market.

Had Melky Cabrera not gotten caught for performance enhancing drugs, one can only imagine the size of contract he would have commanded on the open market. A price tag that surely the Toronto Blue Jays would not have been able to afford.

The Blue Jays truly do have an unknown on the roster in the way of Melky Cabrera. There really is no telling what they’ll be able to expect from him as the everyday left fielder.

Given the circumstances, signing Melky Cabrera was a risk … but it was a calculated risk.

Ian Hunter
Ian has been writing about the Toronto Blue Jays since 2007. He enjoyed the tail-end of the Roy Halladay era and vividly remembers the Alex Rodriguez "mine" incident. He'll also retell the story of Game 5 of the 2015 ALDS to his kids for the next 20 years.
Tags : left field     Melky Cabrera 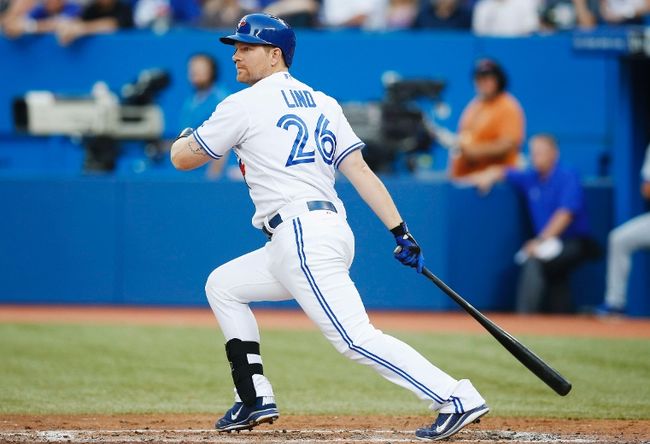 Can Adam Lind Get His Second Wind? 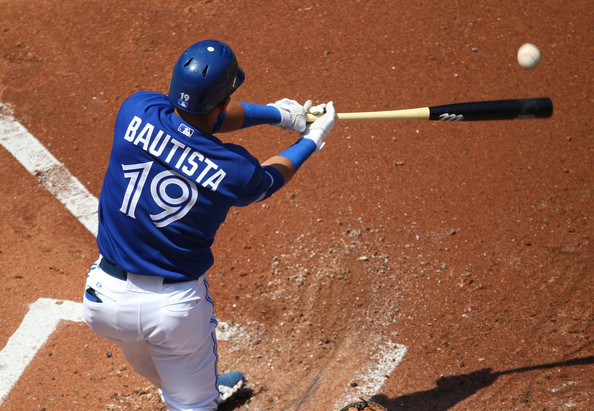