It’s a plan so crazy enough that it just might work … the Blue Jays should sign Aubrey Huff to be a platoon partner for Adam Lind.

Alex Anthopoulos has finally hinted hat Adam Lind needs a platoon partner to balance out Lind’s inability to hit left-handed pitching. Lind is perfectly capable against righties, but lefties have always been the chink in his armour.

Enter Aubrey Huff; cast aside by the San Francisco Giants, he’s in need of a job. The World Champs declined his 2013 option and the Blue Jays need someone who can hit lefties … seems like a match made in heaven, right? Or at the very least, a match made somewhere slightly above earth’s atmosphere.

Platoons have not been employed by the Blue Jays in a very long time; one has to go back to the first John Gibbons era when he platooned Reed Johnson and Frank Catalanotto in the outfield. So who better than Gibbons himself to bring them back?

Just think back to the 80’s when platoons were very commonplace for the Blue Jays. They used to platoon Cliff Johnson and Jorge Orta in the DH spot, and Garth Iorg and Rance Mulliniks over at third base.

I realize I’m cherry picking stats here, but in the past three seasons, Aubrey Huff posted the 12th highest batting average against left-handed pitching among first basemen with the first name Aubrey. Okay … the last part may not be true, but his effectiveness against lefties can’t be overlooked.

The reason why an unorthodox Lind/Huff platoon at first base just might work is because it’s so unorthodox. It’s not a lefty/righty platoon, they’re both left-handed bats; so no matter what, there would always be an additional lefty in the lineup. As far as I’m concerned, the more lefties in the Blue Jays batting order, the better.

And with the changing over the guard over at first base in San Francisco, I can’t imagine Aubrey Huff would be heading back to the bay, even at a discount. In fact, Huff would be lucky to find playing anywhere, which is why a platoon with Adam Lind might be Huff’s best option to see the most at bats.

Aubrey Huff would obviously have to come at a much reduced salary from the $10 million dollars he earned last season. Perhaps something perhaps in the neighbourhood of what Raul Ibanez signed with the Yankees for last season in a similar role, which was just over $1 million dollars.

Overall, Aubrey Huff owns a career .274/.324/.423 slash line against left-handed pitching, which would be a welcome addition to the Blue Jays lineup any day. Huff also has 12 seasons of experience at first base under his belt, so he should be able to pick up a glove and take the field no problem.

Lind and Huff don’t even necessarily need to platoon at first base, as Edwin Encarnacion was a perfectly capable first baseman in 68 games this past season. However, I wouldn’t expect EE to get the bulk of starts at first base this coming year.

On their own, Aubrey Huff or Adam Lind may just project as replacement level first baseman. But as a two-headed monster at first base, they may very well turn out to be a formidable foe in a platoon role.

Update: via a tweet from Barry Davis and a post over at DJF, it turns out that Adam Lind will get the chance to face left-handed pitching. So I guess we can forget about the the option of a platoon with Adam Lind. Nuts.

Ian Hunter
Ian has been writing about the Toronto Blue Jays since 2007. He enjoyed the tail-end of the Roy Halladay era and vividly remembers the Alex Rodriguez "mine" incident. He'll also retell the story of Game 5 of the 2015 ALDS to his kids for the next 20 years.
Tags : Adam Lind     Aubrey Huff     first base     platoon 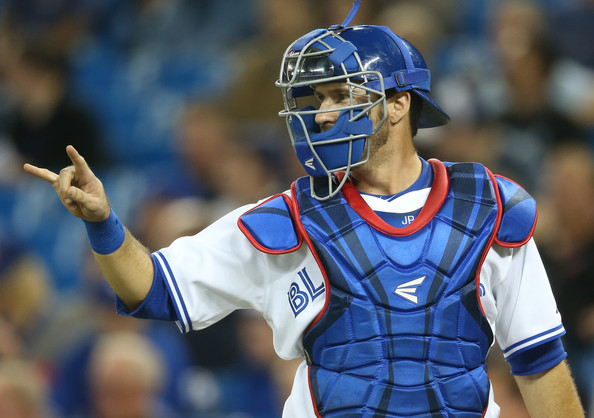