For the longest time, the shortstop position was a veritable carousel for the Toronto Blue Jays. From 2001 to 2008, the Blue Jays had seven different Opening Day shortstops in eight years. Just let that sink in for a moment … 7 different shortstops in 8 years.

That doesn’t even include the likes of John McDonald who actually picked up the lion’s share of starts at short in 2006 and 2007. If you’re wondering, the Opening Day shortstops during those seasons were Russ Adams and Royce Clayton.

Scutaro really did help provide some stability to a position that was in turmoil for the better part of close to a decade. Although he may have only helped shore up the position for a few years, shortstop was one position that the Blue Jays didn’t have to worry about for a while.

Looking back, it really does make me appreciate Marco Scutaro’s time in Toronto, especially considering he had his best two seasons of his career while he was in a Blue Jays uniform. Like most Blue Jays fans, I couldn’t be more happy to see him win a World Series with the Giants because he definitely deserves it.

Marco Scutaro actually began the 2008 season at third base, while David Eckstein was the Opening Day shortstop. Scutaro manned the hot corner for the first 31 games of the season until Eckstein went on the DL, and then Marco spent the majority of the remainder of the season at short.

From a defensive standpoint, the combination of John McDonald and Marco Scutaro up the middle was one of the best middle infields I’ve seen in recent memory. This incredible combination play between Scutaro and Johnny Mac is still one of my favourite defensive play in Blue Jays history.

Or how about that time Scutaro stole second base on a walk?

Whether people want to admit it or not, the Marco Scutaro acquisition was actually one of the crowning jewels of the J.P. Ricciardi era. With his time as director of player personnel with the Oakland A’s, Ricciardi definitely must have had some intel on Scutaro when he traded for him in November 2007.

Now that the Marco Scutaro era has come and gone with the Blue Jays, it really makes me wish that there were more players on the roster like him. Scutaro wasn’t really a flashy player, but he performed all the fundamentals well.

I mean, what more could you ask out of your starting shortstop and leadoff hitter to get on base at a .379 clip? That’s exactly what Marco Scutaro did during his 2009 season, which would turn out to be the best of his career.

In total, Marco Scutaro amassed a total of 6.9 WAR during his two seasons with the Blue Jays. Miraculously, they paid him a grand total of $2.6 million for his two years of service. According to FanGraphs, Scutaro was worth approximately $33.4 million from 2008-2009.

As I alluded to earlier, not only was Scutaro a formidable foe at the plate, but he was also a very astute baserunner as well as a multi-position fielder. Marco played a total of five positions with the Blue Jays, and believe it or not, even a few games in left field.

Marco Scutaro truly was the complete package when he played for the Blue Jays in 2008 and 2009. It’s that kind of position flexibility and consistency that’s sorely lacking on the roster today.

Obviously, the best way to get a player like Marco Scutaro is to bring in the very player from which the die has been cast. The problem with that though is now everybody is going to want the services of Marco Scutaro, and frankly I don’t think the Blue Jays can afford him.

During his brief stint with the Blue Jays, Marco Scutaro may have been a greatly unheralded member of the roster, but from now on, I’ll always look back with much respect and admiration for what he did in those two short years.

Ian Hunter
Ian has been writing about the Toronto Blue Jays since 2007. He enjoyed the tail-end of the Roy Halladay era and vividly remembers the Alex Rodriguez "mine" incident. He'll also retell the story of Game 5 of the 2015 ALDS to his kids for the next 20 years.
Tags : Marco Scutaro     shortstop 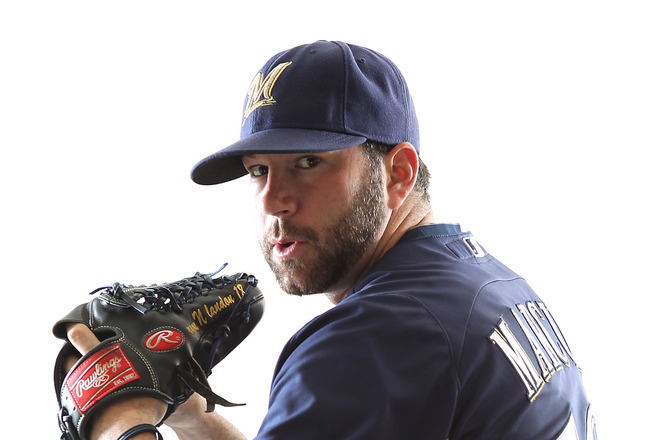