For those who aren’t fortunate enough to possess the skills to play baseball at the major league level, luckily there is fantasy baseball. Every baseball stat geeks dream – the ability to own your favourite players and ride through their highs and lows just as if you were the owner of the team yourself.

I’m pleased to announce that the Blue Jay Hunter Yahoo Fantasy Baseball league will be back once again this year. As defending champion, I challenge all of you to knock me off my perch – which shouldn’t be too difficult, considering that aside from last year, I have extremely bad luck in fantasy baseball.

If you’re interested in joining, please send me an email to bluejayhunter@gmail.com and I’ll gladly send you an invite to the league. As of now, the maximum amount of teams is set at 16, but if there is more interest then I might bump it up to 20.

And to sweeten the pot, this year Yahoo upgraded their fantasy leagues to include live scoring, so you can receive real-time updates on how your team is performing.

Here are the details: it’s a Yahoo Head-to-Head league, with 10 positional player roster spots, 3 starting pitcher spots, 2 reliever spots, 2 pitcher spots (which can be either starter or reliever) and 2 DL spots.

Good luck to everyone and may the best stat geek win!

Ian Hunter
Ian has been writing about the Toronto Blue Jays since 2007. He enjoyed the tail-end of the Roy Halladay era and vividly remembers the Alex Rodriguez "mine" incident. He'll also retell the story of Game 5 of the 2015 ALDS to his kids for the next 20 years.
Tags : fantasy baseball
Previous post 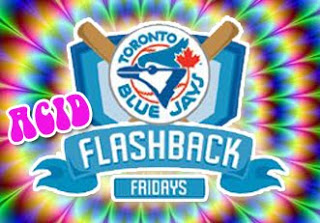