Time for the Jays to jump on J.J. Hardy

As we near the end of the 2009 campaign, one of the big holes that the Blue Jays need to address in the off-season is who’s going to play shortstop. Cito Gaston has said that he’d love to have Marco Scutaro back patrolling the middle infield, but unfortunately that’s up to J.P. Ricciardi and Paul Beeston.

Short of re-signing Scutaro, the Blue Jays will need to explore other options for shortstop in 2010. So who else could fill Scutaro’s shoes at SS? I’m of course talking about perpetual BJH man-crush and possible shortstop replacement candidate, J.J. Hardy.

Technically, Hardy doesn’t become a free agent until after 2011, but the way that the Brewers organization have jerked him around just like the Blue Jays have with Jeremy Accardo, I wouldn’t be surprised to see Hardy traded this off-season.

Most recently, Hardy’s demotion to Triple A has prevented him from qualifying for his original free agency period which would have been after the 2010 season. During his stint in the minors, the Brewers have become smitten with Alcides Escobar. He would be a cheaper and more sustainable option for the Brewers because they have him under control for the next five seasons.

MLB Trade Rumors estimates that Hardy would make at least $3.7 million under contract next year, which is still a far cry from the $4.65 million that he’s banking this season. Scutaro will almost certainly be a Type A free agent and will command at least that kind of money on the open market if not much more.

Fangraphs pegs Scutaro’s free agent value at $21.7 million dollars, which might be a little over the top, but for being in the top 20% at his position Scutaro can demand a hefty raise in 2010. Luckily for the Blue Jays, if they let Marco Scutaro walk, then they receive two compensation picks in the 2010 draft anyway.

So what would it take for the Blue Jays to convince the Brewers to trade their once highly-touted shortstop? A package deal including a disgruntled Jeremy Accardo and fine-tuned Jason Frasor would probably look very attractive to a Milwaukee Brewers organization who will likely be seeking a new closer for 2010. Or if the Blue Jays are still looking to trade Roy Halladay, then J.J. Hardy could be one of the players that the Jays get in return.

Scutaro has been a great leadoff hitter for the Blue Jays and has been more than adequate in the field. The problem with him having a career year is that he is almost guaranteed to drop off in production next season. With Scutaro approaching 34 years old he isn’t exactly a spring chicken, whereas Hardy at age 27 is just coming into his prime. Do the Blue Jays really want to be stuck with a 36 year old Marco Scutaro as their shortstop in 2011?

The rise of Scutaro combined with the downfall of Hardy could work very well in the Blue Jays favour if they decide to pursue Hardy in the off-season. If the rebuilding of this team is going to happen, it may as well start with the infield and I think J.J. Hardy would be the perfect fit for this team moving forward.

Ian Hunter
Ian has been writing about the Toronto Blue Jays since 2007. He enjoyed the tail-end of the Roy Halladay era and vividly remembers the Alex Rodriguez "mine" incident. He'll also retell the story of Game 5 of the 2015 ALDS to his kids for the next 20 years.
Tags : J.J. Hardy     Marco Scutaro     shortstop 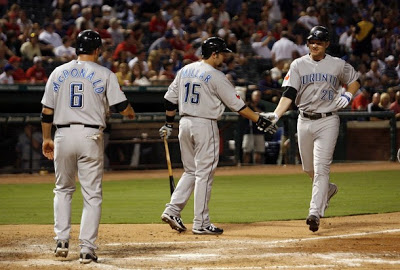 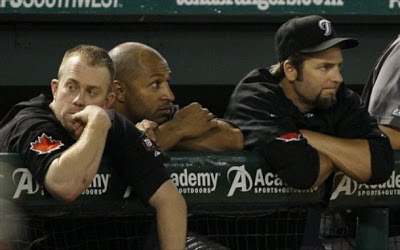