Always look on the Bright Side

I figured that since all we’ve heard lately is nothing but Roy Halladay trade rumours, it was time to take a look at some less depressing news that’s happening within the Blue Jays organization.

Infield Fly gets us hyped up for this evening’s New Hampshire Fisher Cats game starring Shaun Marcum and Casey Janssen. This will be Marcum’s second rehab start and hopefully Janssen’s final bullpen stint before he is back with the Blue Jays.

It wasn’t exactly the best start, but at least Scott Richmond is on the road to recovery. He went 3.1 innings and gave up nine hits and three earned runs in a rehab start for the Gulf Coast League Blue Jays. I imagine he will make a few more starts with the Fisher Cats or 51’s before making his way back to the Jays. Luckily, with so many off days in the schedule, there is no need to rush Scott Richmond back; expect him back maybe around the week of August 3rd.

If you missed it earlier this morning, Joe Carter did a live chat over at BlueJays.com. Being scheduled at 11am in the morning, unfortunately I missed the chat entirely but I’m sure Carter touched on the fact that he still cannot find Pat Borders anywhere. I have a feeling that Borders hooked up with Linda Hamilton again and is hiding somewhere in a bunker trying to wait out Judgment Day.

Ian Hunter
Ian has been writing about the Toronto Blue Jays since 2007. He enjoyed the tail-end of the Roy Halladay era and vividly remembers the Alex Rodriguez "mine" incident. He'll also retell the story of Game 5 of the 2015 ALDS to his kids for the next 20 years.
Tags : Back2Back Weekend     Casey Janssen     Joe Carter     Pat Borders     Roy Halladay     Scott Richmond     Shaun Marcum 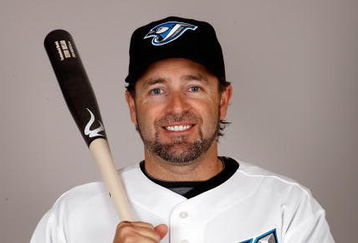 Time for Millar to Cowboy Down? 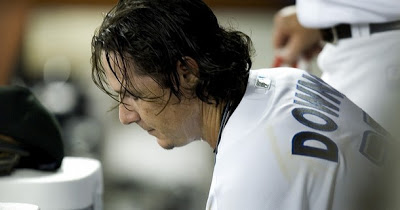 Don’t jump off a Cliff