The way that the Blue Jays are playing right now, it’s kind of surprising that it took them this long to complete their first series sweep of the season. I will attempt to paraphrase what Mike Wilner said at the top of Jays Talk, but he said something to the effect of “Who’s going to call in, since the number 3 and 4 hitters played well today?” The often-criticized Wells and Rios were responsible for putting up 3 of Toronto’s 4 runs, and effectively silenced critics … for a few days at least.

In the pitching department, Scott Richmond is pitching like a solid #2 starter in the rotation and picked up his fourth win of the season. Richmond matched his career high from his previous game, and went 7 strong innings extending his 3-run or less streak to 9 games. I still can’t believe that this was a guy who was fighting for his life just to make it as a back of the end rotation pitcher. Now, Scott Richmond has the 7th best ERA in the American League at 2.67. It went from a glass of Kool-Aid, to a pitcher of Kool-Aid, to a friggin’ factory of Scott Richmond Kool-Aid.

During the radio broadcast, Blue Jays Assistant General Manager Alex Anthopoulos joined Jerry Howarth in the broadcast booth for some injury updates. Alex said that they expect both Casey Janssen and Ricky Romero to return around May 17th. Jesse Litsch will take a little longer to return to Toronto, with a target date of around June 1st to be back into the starting rotation. Although it’s still further down the road, Anthopoulos mentioned that he wouldn’t be surprised to see both Shaun Marcum and Dustin McGowan pitching before the end of the season.

Oh, and apparently B.J. Ryan will be back in Toronto by the end of the month, but I don’t think too many people are concerned with the timetable on his return.

Ian Hunter
Ian has been writing about the Toronto Blue Jays since 2007. He enjoyed the tail-end of the Roy Halladay era and vividly remembers the Alex Rodriguez "mine" incident. He'll also retell the story of Game 5 of the 2015 ALDS to his kids for the next 20 years.
Tags : Alex Rios     Casey Janssen     injury updates     Jesse Litsch     Ricky Romero     Scott Richmond     Vernon Wells 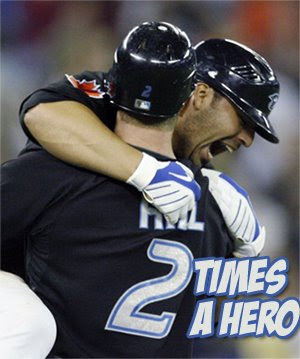 Once a victim, twice a saviour 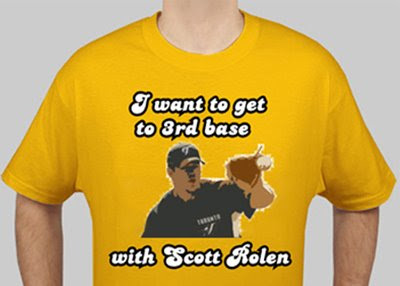