In a certain light, Jason Frasor can be a confident pitcher. In a bullpen that is quickly fading into mediocrity, Frasor is rising up as one of the more dependable arms in the ‘pen. After Brandon League coughed up 3 runs yesterday, and Brian Tallet surrendered 3 runs on Friday, it looks like Jason Frasor has become the new golden boy of the Blue Jays bullpen.

Ian Hunter
Ian has been writing about the Toronto Blue Jays since 2007. He enjoyed the tail-end of the Roy Halladay era and vividly remembers the Alex Rodriguez "mine" incident. He'll also retell the story of Game 5 of the 2015 ALDS to his kids for the next 20 years.
Tags : B.J. Ryan     Brandon League     Brian Tallet     bullpen     Jason Frasor 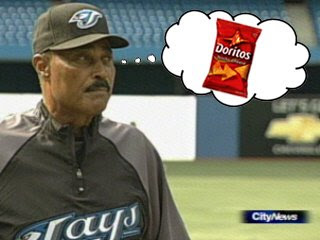