There are 25 men on a Major League roster. 25 men working as one cohesive unit. In any pre or post-game interview, most baseball players will tell you that it takes 25 guys to win a game. One man alone cannot single-handedly win a baseball game.

They must have forgotten about Joey Bats.

Jose Bautista did in fact single-handedly win yesterday’s game for the Blue Jays. He was on base five times, collected four hits, and drove in all four Blue Jays runs. He also provided the game-tying home run in the bottom of the ninth and the go-ahead run in extra innings.

As noted by @Minor_Leaguer, Jose Bautista’s Win Probability Added in that game was 1.053, so in essence he really did win that game all on his own for the Blue Jays. Sure, Mark Buehrle turned in a strong effort, but without Bautista it could have been a 4-0 game.

In fact, that impressive offensive output by Jose Bautista ranks as the highest WPA game for one batter in Blue Jays history (hat tip once again to @Minor_Leaguer). Statistically speaking, that was the single greatest game of Bautista’s career.

I think my favourite part about Bautista’s game-winning hit was that he swung at a pitch outside the zone that he basically had no business swinging at, and yet poked it into right field. And Evan Longoria did the very same to the Blue Jays in this series.

Not to mention, the Rays had the shift on Jose Bautista and were expecting him to pull the ball to left. Instead, Bautista beat the shift and managed to hit it to the opposite field for just his third hit of the season into right field.

Bautista really has been the definition of clutch for the Blue Jays, as
seven of his 11 home runs have come in the sixth inning or later. If the Blue Jays are trailing, one can always count on Joey Bats for some late-inning heroics.

It’s games like last night’s that really makes one appreciate Jose Bautista. With the team struggling as of late, the plethora of injuries and just the overall bad luck of the Blue Jays, the contributions of Joey Bats have been somewhat overshadowed.

While it is great to watch Jose Bautista as the Blue Jays one man wrecking crew, games like last night remind me of the offense-starved squads from 2011 and 2012 in which Bautista excelled, but many of his teammates did not.

One of the most promising things about this Blue Jays team going into Opening Day was how the starting lineup finally looked to be balanced. No longer would it be just Bautista and Encarnacion out on an island; they finally had a supporting cast to balance out the lineup.

But due to a combination of injuries and lack of offense from certain players, the Blue Jays two best hitters are once again driving in the lion’s share of the runs on this team.

However, for all the shortcomings in this Blue Jays lineup, Jose Bautista is truly a one of a kind talent that should not be taken for granted. If this team is going to be successful, it’s going to have to rely heavily on Joey Bats.

There are many players on the Blue Jays roster to be concerned about, but Jose Bautista has proven that he’s the last player anybody should have doubts about. He continues to be the one man wrecking crew … but hopefully some of that will rub off on his teammates. 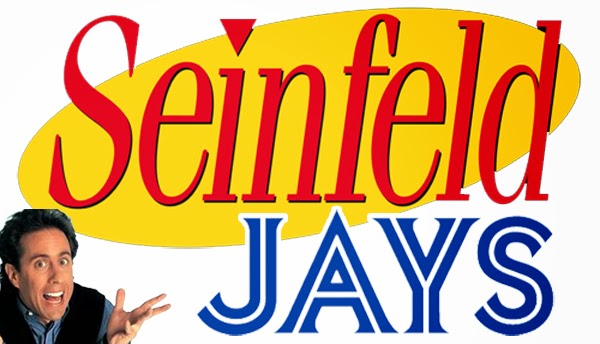