Today the Yankees enjoyed a lavish ticker-tape parade down Broadway Avenue celebrating their 27th World Series Championship. While most folks in New York came out in droves to celebrate, the rest of the baseball world basically rolled their eyes and said “not again”.

It’s not just because I’m a bitter Blue Jays fan that hasn’t tasted the victory of playoff baseball for sixteen years either. There are 29 teams in baseball I would rather see hoist the Commissioner’s Trophy above their heads other than the New York Yankees.

So here are a few of my reasons in no particular order why I think the Yankees as World Champions are sending the wrong message.

1.) Team payrolls across the MLB are bound to go up

Whether it’s predetermined or not, it seems like teams subconsciously emulate the formula of the previous World Series Champions. In the case of the New York Yankees, most clubs will probably take after their model which is “sign the best free agents at any price, so long as it means winning”.

This means guys like Jason Bay, Matt Holliday and John Lackey are going to rake in especially fat contracts this off-season. It also sends the message that money equals success, almost the exact polar opposite from the Tampa Bay Rays model which was build a team from the minor league system upwards.

2.) It makes even more free agents want to flock to NY

I’m sure a large part of the reason why Pedro Martinez and Raul Ibanez signed with the Philadelphia Phillies was because they had a fairly good shot at winning another championship in Philly. For free agents that are getting close to the end of their careers and want an almost-guaranteed shot at the post-season, they will likely be seeking to sign with the New York Yankees.

There was a lot of hype surrounding the “core four” of Jeter, Rivera, Posada and Pettite that have stuck with this organization since (almost) day one. Aside from those four guys, most of their roster spots are occupied by players acquired via trades or free agent signings (only ten in total came up through the Yankees organization).

The Yankees aren’t notorious for drafting and developing great players, they are known for signing other team’s great players. I realize it’s all fair in love and baseball, but it feels like the Yankees would rather build a winning team with their pocketbook rather than their minor league system.

It’s almost like if the tallest, strongest, and fastest kid in grade seven won every single event at the track meet. Sure, it’s great for that one kid – but for everyone else, it just creates an environment of resentment.

It’s about as exciting as when the team with the highest payroll wins the World Series. 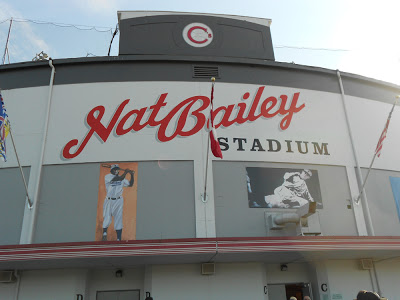 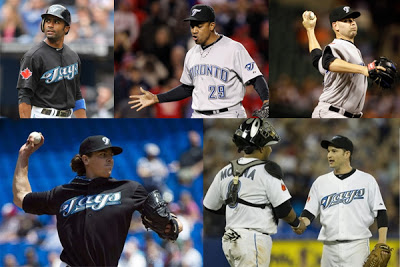 What the Blue Jays Gave Up to Get Colby Rasmus

Acid Flashback Friday: 22 Years Since the Opening of Skydome, A Celebration

6 thoughts on “The Yankees as World Champions: bad for baseball?”