The Blue Jays’ 34-Game Blue Alternate Uniform Streak is Over

After 34 consecutive games of wearing their alternate blue uniforms on the road, yesterday the Toronto Blue Jays were forced to do something they haven’t done in a long time; go back to wearing their traditional road greys.

The Blue Jays also lost in walk-off fashion to the Tampa Bay Rays by a score of 4-3. Coincidence?

Since mid-July, the Blue Jays have become quite fond of wearing their alternate blue uniforms on the road. So much so, that up until yesterday, Toronto hadn’t worn them over a 34 game span on the road.

Their record during that time period? 22-12.

Wearing their traditional road grey uniforms this season, the Blue Jays own a 10-22 record. Through 80 games on the road in 2015, the Blue Jays are a dead even 40-40 team; which is quite an impressive feat all in its own.

Baseball players tend to be superstitious bunch, and for one reason or another, the club opted not to wear their road greys since July 10th. And it may be out of sheer coincidence or just the fact that the Jays are a much better team in the second half, but they’ve been an entirely different team in the road in the second half.

If the Jays are in fact a little superstitious about this tradition, next week could pose to be a problem. If the Blue Jays do indeed face the Texas Rangers in the ALDS, Texas does have a blue alternate home uniform they could choose to wear during select home games.

The good news? The Rangers have only worn their blue alternate uniform a total of four times this season, and they’re winless during those home games in Texas.

Again, I’m not necessarily one to cheer for laundry, but if the Blue Jays had a good thing going by ditching their road greys, I say “why not mess with success?”

Ian Hunter
Ian has been writing about the Toronto Blue Jays since 2007. He enjoyed the tail-end of the Roy Halladay era and vividly remembers the Alex Rodriguez "mine" incident. He'll also retell the story of Game 5 of the 2015 ALDS to his kids for the next 20 years.
Tags : Blue Jays uniforms     uniforms 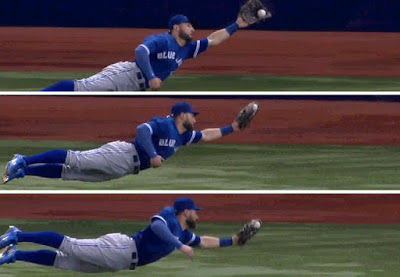 GIFS: Kevin Pillar Lays Out for Another Superman Catch 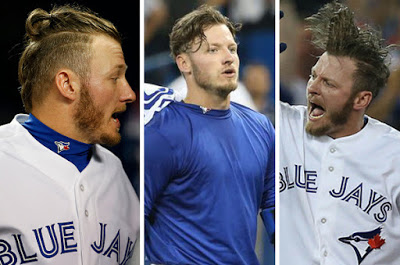