I think everyone can agree that 2013 has not gone quite according to plan for the Toronto Blue Jays. Despite having a championship-calibre team on paper, somewhere along the way, something went awry for the Blue Jays.

It’s really not much of a surprise any more, as all anyone can really ask at this point is for the team to at least put forth a strong last two months of the season. Playoffs are basically out of the question, and a .500 record is realistically the best they can hope for.

Somewhere in an alternate universe, though I like to think that things turned out much differently for this team. In an alternate Back to the Future timeline from 1985, I believe that the Blue Jays would be in first place right now.

One wonders if even a baseball simulator could have predicted all the things that went awry for the 2013 Blue Jays; Jose Reyes’ injury, R.A. Dickey and Josh Johnson’s implosions, the lack of production from second base and catcher … just to name a few things.

But thanks to Out of the Park Baseball, thankfully we can at least seek solace in wondering if things would have played out the very same way. So I fired up a season simulation, and here’s what OOTP spit out:

Aside from the surprisingly low win totals of the other teams, things actually seem pretty on point for the Blue Jays. Here they finish fourth with a final record of 78-83, just barely ahead of the Tampa Bay Rays.

For the Blue Jays to finish five games below .500 and nine games back is pretty realistic at this point. Interestingly enough, OOTP also has the Red Sox winning the division.

When it comes to individual batting statistics, things are also not far off from where they are right now for the Blue Jays (save for a career worst season by Emilio Bonifacio):

However, with pitching, the projections are like night and day compared to the actual results for this year’s pitching staff.

In this simulation, OOTP has R.A. Dickey posting another solid season with a 19-12 record and a 3.86 ERA. Also, there’s Josh Johnson going 16-9 with an eerily similar staff-best 3.86 ERA and nearly clearing 200 innings.

In reality, it’s been starting pitching that’s been largely responsible for the downfall of the 2013 Blue Jays. But in this simulation, it’s a combination of a mediocre starting rotation, a rough bullpen and a fairly lackluster starting lineup.

The beauty of baseball simulators like Out of the Park Baseball is you could run it 100 different times and get 100 completely different results. These are just the numbers from one particular Blue Jays season simulation, but you could always run it until you get a desired result.

I found it quite interesting that despite having arguably the best team on paper on Opening Day, even the digital embodiment of the 2013 Toronto Blue Jays didn’t live up to the hype. Perhaps this team was destined to struggle all along?

I guess it goes to show you that the best laid plans often do go awry when it comes to constructing the And conversely, teams that are expected to do absolutely nothing can come out of nowhere and surprise everyone.

If you want to see how the 2013 Blue Jays season might play out for yourself (or any season for that matter), check out OOTP 14. It’s the preeminent baseball sim out there … they’ve pretty much thought of everything.

Ian Hunter
Ian has been writing about the Toronto Blue Jays since 2007. He enjoyed the tail-end of the Roy Halladay era and vividly remembers the Alex Rodriguez "mine" incident. He'll also retell the story of Game 5 of the 2015 ALDS to his kids for the next 20 years.
Tags : Out of the Park Baseball     Simulation 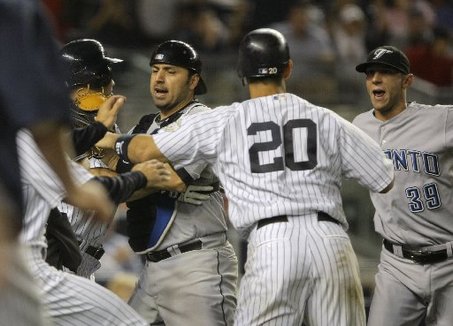 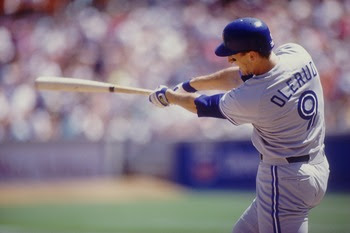