What Does the J.A. Happ Extension Mean?

Alex Anthopoulos is a tough nut to crack. After three years as the Blue Jays GM, trying to figure out AA is still a constant learning process. To this day, although we can speculate about his motives, I still don’t know why he does the things he does.

Chalk the J.A. Happ contract extension up as another one of those puzzling moves (not necessarily in a bad way). On the surface, it looks like the Blue Jays are simply buying up Happ’s first free agent year and adding an option. But as usual with AA, things may not be as simple as they appear.

There’s no question Josh Johnson would place ahead of Ricky Romero and J.A. Happ on the Blue Jays depth chart, and in no way should the presence of those two guys bar the Blue Jays from at least giving Johnson a qualifying offer.

The issue at hand is there are six guys and only five spots in the starting rotation. It’s a good problem for the Blue Jays to have, and as evidenced by all the injuries last season, you can never have too many starting pitchers.

The J.A. Happ contract extension doesn’t necessarily stipulate that he needs to be in the starting rotation, either. Happ could just evolve into the Blue Jays long relief man, a la Carlos Villanueva and fill in with the odd spot start.

Stoeten raised a good point over on DJF; guaranteeing Happ to a two-year deal could simply be just about guaranteed money. Rather than J.A. spending some time in the minors this season and it affecting his arbitration case, this way he makes $5.2 million next season regardless of what happens.

The whole press conference seems a little curious to me, though. I mean, it’s not every day the fifth starter gets his own press conference. Unless this was just some way to smooth things over with J.A. Happ, the Blue Jays must view him as much more than a back-end starter.

It’s true that this team-friendly contract now makes J.A. Happ an attractive arm on the trade market, but I can’t see Alex Anthopoulos turning around and trading a player he seemingly moved the sun and earth to acquire in the first place, and then signed him to a contract extension the following year.

Sign a player one year and then trade them the next? That’s the MO of the Miami Marlins, not the Toronto Blue Jays.

One other possibility is the J.A. Happ contract extension could mean that Ricky Romero is a lot further behind than we think. The whole timing of the 5th starter thing is a little too convenient; Romero gets sent to the minors, J.A. Happ gets signed to a contract extension the very next day.

The fate of Happ’s spot in the rotation must’ve hinged on what happened with Ricky Romero. So when Romero floundered, the Blue Jays opted to go with a contingency plan and lock up J.A. Happ for a couple of years.

It may have happened a little earlier than they anticipated, but the Blue Jays activated their “Plan B”. They got out the tiny hammer, broke the glass, and deployed their “break in case of emergency” starter, J.A. Happ.

Perhaps Happ’s contract extension is actually an insurance policy in case the Blue Jays can’t ink Josh Johnson long term. Earlier this year, I wrote about how there are a lot more working pieces and scenarios to a JJ extension.

Crossing of J.A. Happ from the Blue Jays “next to sign” list was simply much easier to do right now, and didn’t depend on factors like injury questions and the possibility of free agency like pertains to Josh Johnson.

If the Blue Jays do in fact end up signing Josh Johnson to a contract extension as well, I think that actually makes Mark Buehrle as the prime target to put on the trading block, not J.A. Happ. That is … if Toronto can find a suitor to unload Buehrle’s contract on.

For me, what it comes back to is my fear that this J.A. Happ contract extension somehow impedes the ability to lock up Josh Johnson long term. That is … unless the Blue Jays are doing as they have done this offseason and are simply spreading out their press conferences?

I blame Alex Anthopoulos for conditioning me to overthink things like this.

Ian Hunter
Ian has been writing about the Toronto Blue Jays since 2007. He enjoyed the tail-end of the Roy Halladay era and vividly remembers the Alex Rodriguez "mine" incident. He'll also retell the story of Game 5 of the 2015 ALDS to his kids for the next 20 years.
Tags : contract extension     J.A. Happ     Josh Johnson     Ricky Romero     starting rotation 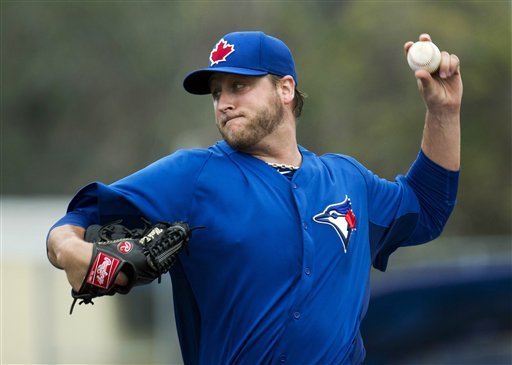 How Will Mark Buehrle Transition to the AL East? 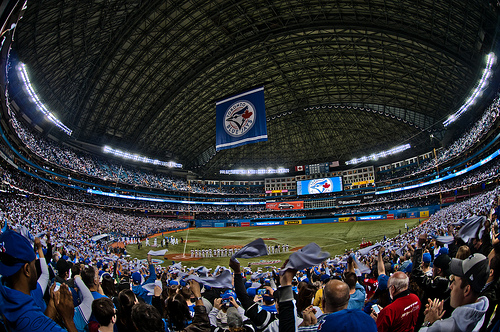