Going into Spring Training, the battle for the everyday left fielder’s job was billed as Travis Snider vs. Eric Thames. Then once Thames claimed the title, shortly thereafter he faltered and Rajai Davis stepped in to take the reins.

After all was said and done, who ever would’ve ever guessed Rajai Davis would be the one blocking Travis Snider from being called up by the Toronto Blue Jays?

According to Alex Anthopoulos, there is no room on the Blue Jays roster
for Travis Snider right now with the recent surge of Rajai Davis.
Apparently Snider wasn’t even considered as an option, which is really
disheartening.

Seriously, what does Travis Snider have to do to make his way onto the Blue Jays roster? Much like Bluebird Banter, I had an inkling last week that the time for Snider might be soon, and turns out we were totally off base.

I know I’m speaking about Travis Snider as if he’s entitled to that starting left fielder’s job, but the Blue Jays either need to give Snider a shot already, or just let him go. You can only dangle a carrot (or in this case, a steak) for so long in front of somebody before they lose interest.

I’m so sick and tired of the way this organization has jerked Travis around over the years, and frankly I’m surprised he’s managed to remain so upbeat and have a positive outlook about the whole thing. I can’t say I’d be the same way.

Being yo-yoed back and forth from the majors to the minor, having your swing retooled and suffering from injuries can’t be good for the psyche of a young player like Travis Snider. He’s now spent parts of four seasons at the Major League level with the Blue Jays, and still has yet to play a full season.

Sure, it’s only been just over a week since Snider returned from a wrist injury, but what precisely are the Blue Jays waiting for to call him up? Because I’d think that a week’s worth of games would be plenty of enough time to bring him up the club.

The one conspiracy theory out there is that Alex Anthopoulos is merely showcasing Rajai Davis as trade bait, and that it’s a domino effect which will lead to Travis Snider playing in left field for the Blue Jays on an everyday basis.

To be honest, I just think that Rajai Davis is merely a fourth outfielder masquerading as a starting left fielder right now. He’s had a hot June and is always a threat on the basepaths, but I’m afraid that’s all he adds to the ball club.

There has to be some team out there who sees Rajai Davis’ speed as an asset. I just look to the trade last year for Michael Bourn as a reference point, with Bourn obviously being a much superior hitter and fielder.

For a team that needs a corner outfielder or even a centre fielder to help push them over the hump, Rajai Davis could be a very viable option. And with that $3 million dollar club option for the 2013 season, he wouldn’t merely be a rental either.

So unless Alex Anthopoulos doesn’t want to show his hand and admit that the Blue Jays are in fact just trying to build the trade value for Rajai Davis, I can’t understand why they are keeping Travis Snider in Las Vegas.

With Travis Snider, I almost feel emotionally invested in his journey. Like I mentioned earlier, he’s spent portions of four season with the Blue Jays, and I just want to see him succeed and stay in the Major Leagues.

That doesn’t necessarily mean Rajai Davis has to be traded to make room for Travis Snider on the roster, but Davis should really only be relegated to fourth outfielder duties and used as a pinch runner.

I feel like the offensive and defensive upside of Snider is just so much greater than what Davis can offer this team right now. Even if Rajai is having a great month at the plate, how long is that going to last?

Judging by the way he was punishing PCL pitching, Adam Lind’s call up was inevitable. Travis Snider has done everything the club has asked him to, and yet he’s still in exile down in Las Vegas.

If Travis can continue to stay healthy and perform at the level he has been, hopefully that will give the Blue Jays no choice but to call him up in the coming weeks. But until that day, we’ll just wait until they finally free Travis.

Ian Hunter
Ian has been writing about the Toronto Blue Jays since 2007. He enjoyed the tail-end of the Roy Halladay era and vividly remembers the Alex Rodriguez "mine" incident. He'll also retell the story of Game 5 of the 2015 ALDS to his kids for the next 20 years.
Tags : left field     Rajai Davis     Travis Snider 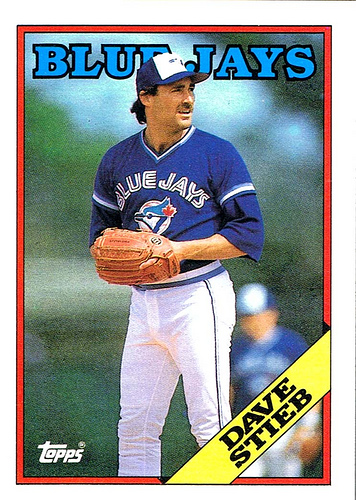 Flashback Friday: Dave Stieb’s Back to Back One-Hitters