Something very interesting happened across the Twitterverse yesterday. @HighSockMojo sent out a tweet with the hashtag #BlueJaysMovies.

It spread like wildfire and even yours truly got caught up in it sitting there pondering how to work current and former Blue Jays players names into movie titles.

I took a couple of the best ones and decided to turn them into movie posters. Just click on the posters to get a closer look.

Thanks to @Rallcap_Andy for “Drabek to the Future”.

After that, we have @5thStarter‘s suggestion of “Meat’s Dont Clash of the Titans”. Believe it or not, as unauthentic as it looks, that’s an actual photo of Travis Snider’s head. Here’s the proof!

Then there’s one of my own suggestions for a Blue Jays movie, “The BauFather”.

Lastly, from the mind of @itsgettinglate, look closely and you might see former Blue Jays third baseman Kelly Gruber starring in “MacGruber”.

Ian Hunter
Ian has been writing about the Toronto Blue Jays since 2007. He enjoyed the tail-end of the Roy Halladay era and vividly remembers the Alex Rodriguez "mine" incident. He'll also retell the story of Game 5 of the 2015 ALDS to his kids for the next 20 years.
Tags : photoshop fun 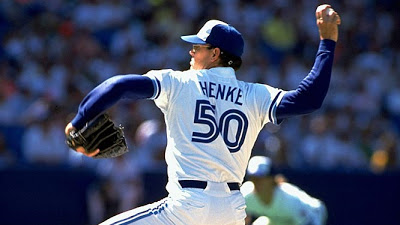