For those of you who happen to be drudging through countless fantasy baseball articles in preparation of your fantasy draft, I’m sure you’re just as on edge as General Managers going into the War Room on actual draft day.

We had the BJH Fantasy Baseball League draft a few days ago and unlike previous years, this time we took a departure from the conventional snake draft and opted to go for the auction draft.

I wasn’t quite sure what to expect considering I’ve never partaken in an auction draft before, but here is some food for though which you to use if you’re also entering an auction draft for the first time.

Time Is On Your Side

All I can say is … get comfortable. For our 20 team league, I had my roster filled at about the 3 hour mark. For others, the draft lasted about 3.5 hours. In total, each team had 18 players which meant 360 players in total were drafted, so you can understand why it took damn so long.

Your average league of around 8-10 teams will take considerably less time, but be prepared to stick it out for the long haul.

Obviously, the number one drawback is the duration of the draft, but another side affect of choosing an auction draft over a snake draft is you have to be relatively attentive the entire time.

Unlike a snake draft where you can pick your player and be pretty certain you don’t have to pick again for a while and maybe go make a sandwich and come back, the auction draft constantly keeps you involved because any player can be nominated at any time.

While I enjoyed the variation, I think I would have preferred if Yahoo just went through the list of players methodically. That way, there would be no time spent on selecting a player for nomination.

The downside of that option is you’d have to wait until the absolute end to get those players at the bottom of the list.

So much for the “hometown discount”; 22 Blue Jays were drafted in total at an average price of $13.09 per player. Here’s a full breakdown of how much each member of the Blue Jays roster fetched for:

Personally, I think the most overvalued in this group is Travis Snider at $38 dollars. He could very well have a breakout year that warrants spending that kind of money, but I wouldn’t bet on it.

I picked three of the Blue Jays with Encarnacion, Davis, and Litsch. Granted, I overpaid for steals with Davis and probably shelled out way too much for Encarnacion, but I’m confident he could put up 30+ home runs if he stays healthy this year.

Don’t Put All Your Eggs In One Basket

The list above is of the 16 most expensive players that were auctioned off in our league. It’s safe to say that most of these guys warrant “face of the franchise” kind of money, but there are a couple that I’m not convinced were worth the cash.

If I’m going to spend up a quarter of my entire budget on one player, I want to make sure they’re a proven commodity. That’s why the price on Pujols, Crawford, Halladay, Longoria, and Cabrera seems pretty appropriate.

However, I would be very weary paying franchise player-type money to guys who may have just had one-off years like Robinson Cano, Carlos Gonzalez and Joey Votto. These players may have set a new precedent in 2010, but I’d rather bank on somebody who’s had more than one standout season.

The San Francisco Giants proved that pitching wins championships, and the strategy of a relatively low cost starting rotation in real life would translate very well into the fantasy baseball world.

My starting four rotation of Carl Pavano, Daisuke Matsuzaka, Fausto Carmona and Jesse Litsch cost a grand total of $27 dollars. Unfortunately, I have a feeling that will come back and bite me considering three of them have had major injury problems in the past.

But it just goes to show you that great pitchers can be taken on the cheap close to the end of your fantasy auction draft. That includes relief pitchers as well, so don’t overpay for saves early in the draft.

At times during the draft, I was reminded of an episode of Auction Hunters or Storage Wars where managers were constantly one-upping each other to players.

Some strategists insist on not engaging in a bidding war, but I say if there’s someone you have your eyes on, then by all means go for it. Don’t be willing to spend your entire budget on a particular player, but don’t be discouraged if your initial value of that player gets thrown out the window.

The key is to be a chameleon; adapt to your surroundings and adjust accordingly to your auction draft. Otherwise, you could be left in the late rounds with a wad of cash and nowhere to spend it.

Here’s a look at my team; overall I’m fairly comfortable with it but despite all these precautions I’m preaching, I definitely wasn’t immune to mistakes and admittedly made some glaring errors during the draft.

Firstly, what has two thumbs and drafts three third baseman? THIS GUY! Obviously my head wasn’t on straight when I selected Scott Rolen, in addition to Edwin Encarnacion and Chipper Jones.

Oh well, if you combine Rolen’s defense, EE’s power and Chipper’s southern charm, then you have an above average third baseman.

In retrospect, $65 was likely a ridiculous price to pay for Carl Crawford. But at that point, most of the other studs were off the board and I needed a bonafide star on my team. Also, after sitting idle for the first 60 minutes of the draft, I had to make a move.

Dan Uggla was another questionable pick at $43 dollars, but I find it hard to argue with four straight 30+ home run seasons. Inherently, I probably just jinxed myself and Dan Uggla will go on the DL the first week of the season.

While there some players on that list I’m very proud of aquiring, the most prized possession on that list could have been the best bargain out there; Russell Martin for just $1 dollar.

And who says it’s just a bunch of crap at the dollar store?

Ian Hunter
Ian has been writing about the Toronto Blue Jays since 2007. He enjoyed the tail-end of the Roy Halladay era and vividly remembers the Alex Rodriguez "mine" incident. He'll also retell the story of Game 5 of the 2015 ALDS to his kids for the next 20 years.
Tags : fantasy baseball 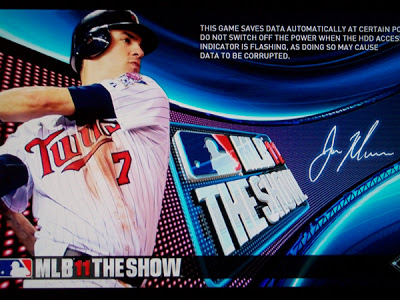 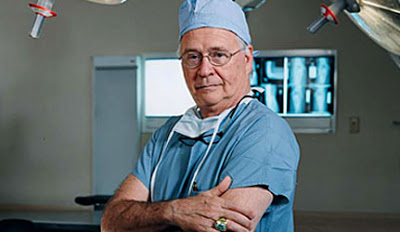