Over the years, the Toronto Blue Jays have been privy to some phenomenal single-game pitching performances. Whether they’ve been from aces like Roy Halladay or Dave Stieb, a well-pitched game is always fun to watch.

Drew Hutchison put forth the best start of his career, and it could very well end up being the best pitching performance of 2015 by a Blue Jays starter. He picked up the elusive “Maddux” by going the distance and shutting down the White Sox on just 96 pitches.

Working ahead was one of the big keys to Drew Hutchison’s success against the Chicago White Sox. He managed to throw first pitch strikes to 17 of the 29 batters he faced, which translated into a 59% first pitch strike percentage.

In total, Drew Hutchison faced only 29 batters en route to his complete game shutout. Incredibly, only 4 of them managed to see a three ball count.

Times a Batter Got Past First Base – 1

Once the Blue Jays provided Hutchison with a four-run cushion, was there ever really any question that the game was in danger? The White Sox only reached second base once the entire game.

After Gordon Beckham reached second base in the first inning, the White Sox didn’t make it past first the duration of the game.

Drew Hutchison simply was the model of efficiency against the White Sox. Of the 96 total pitches he threw, 70 of them were for strikes. 73% of his pitches were either called strikes or were fouled off.

At times this season, Drew Hutchison has laboured through innings. Many times, he’s gone into double digit pitches during innings, which has led to increased pitch counts very early in the game.

In the 6th and 9th inning against the White Sox, Hutchison escaped the inning by only throwing seven pitches. Yes, seven.

Balls That Made It Into the Outfield – 7

Hutchison is known predominantly as a strikeout pitcher, so it’s not all that surprising he didn’t let very many balls even make it to the outfield. Just 7 in total either squeaked through the infield or were fly balls.

While his performance may not rank up there with the “best of the best” in Blue Jays history, Drew Hutchison capped off one of the better starts in recent memory.

His GameScore of 87 is now the best of his career, and actually one-ups the three-hit complete game shutout he threw last season against the Texas Rangers when he went toe-to-toe with Yu Darvish.

Aside from Hutchison’s tendency to get ahead of hitters, the other key to his success last night was his ability to put the ball in play and let his fielders take care of the rest. The Jays defense was solid as 20 balls were put into play off of pitches by Hutchison.

Ian Hunter
Ian has been writing about the Toronto Blue Jays since 2007. He enjoyed the tail-end of the Roy Halladay era and vividly remembers the Alex Rodriguez "mine" incident. He'll also retell the story of Game 5 of the 2015 ALDS to his kids for the next 20 years.
Tags : Drew Hutchison 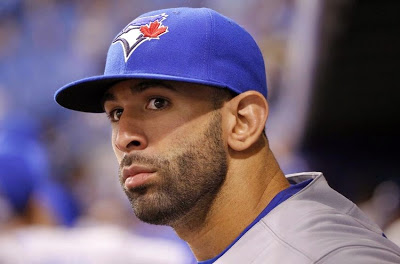 Is Jose Bautista’s Injury Worse Than We Think? 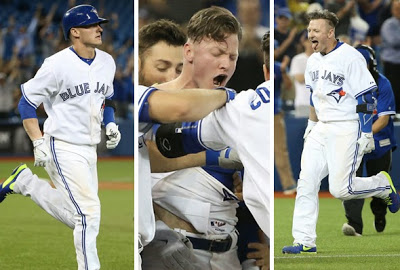