He went to bat against Rafael Soriano, maybe hit a walk-off home run, stuff like that. Maybe hit up the Loose Moose afterward for a couple of celebratory pitchers … but I’m not sure if he had time.

There was something about Adam Lind’s walk-off home run that reminded me of the second last home game of the season from last year on September 26th against the Seattle Mariners.

Both were walk-off wins courtesy of Lind’s bat and both were inconsequential victories pertaining to the standings, but they were moral victories more than anything.

While the Blue Jays have boasted a powerful lineup of hitters that can go yard at any time, it feels like they have lacked that killer instinct. When the game is tied or they’re down by a few runs late in the game, you don’t get that sense of urgency to score runs that you might experience with teams like the Yankees or the Rays.

However, the past few games this has been a Toronto Blue Jays squad that has not rolled over and played dead. Take Friday for example: they closed a seven run defecit after their starter gave up six runs in the very first inning.

Yesterday was a similar situation late in the game as was Friday’s: Kevin Gregg allowed the winning run to cross the plate. Except the second time around, the Blue Jays didn’t just flame out by striking out in the bottom of the frame.

It’s another one of those intangibles that won’t show up in the boxscore, but it’s something the Blue Jays have been marketing all season long: hustle and heart.

It may be 143 games into the schedule, yet it appears as though the Jays are finally showing signs of both.

Image courtesy of Daylife and AP

Ian Hunter
Ian has been writing about the Toronto Blue Jays since 2007. He enjoyed the tail-end of the Roy Halladay era and vividly remembers the Alex Rodriguez "mine" incident. He'll also retell the story of Game 5 of the 2015 ALDS to his kids for the next 20 years.
Tags : Adam Lind     Tampa Bay Rays     walk off victory 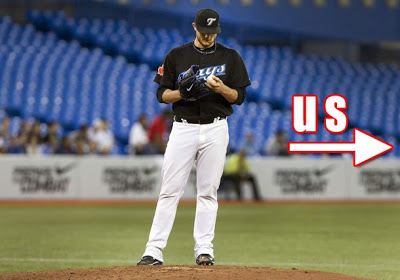 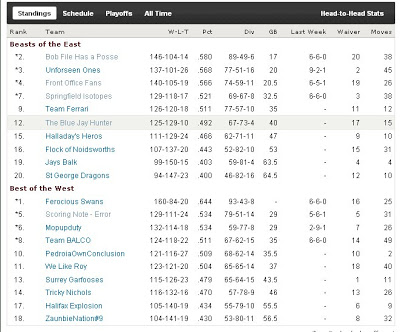