Where does Scott Richmond fit in?

In 2008, a relatively unknown 27 year old journeyman by the name of Scott Richmond clawed his way through the Toronto Blue Jays farm system to make his major league debut on July 30th, 2008.

Nearly two years later, Richmond is making that trek through the ranks of the minor leagues once again.

The gents over at Mop Up Duty posted a great article last week on Scott Richmond’s return back to the majors. Richmond has been successful through three rehab starts in Dunedin, tossing 15.2 innings and giving up only three earned runs total.

Following last night’s start in Dunedin, Richmond will pack his bags and will be on his way to New Hampshire to join the Fisher Cats for a few more rehab starts in Double A.

Barring any setbacks in New Hampshire, Scotty will then make his way back to Triple A Las Vegas and will enter the Blue Jays Battle Royale for any roster spot that opens up in Toronto.

Scott Richmond will be competing with the likes of Brad Mills, Bobby Ray, Marc Rzepcyznski, Zack Jackson for one of those coveted spots in the Blue Jays starting rotation.

Perhaps he might be better suited for a return to the bullpen though. Ever since his first stint on the disabled list last summer, many have suggested that Richmond could be a vital asset as a relief pitcher.

With so many starting pitchers lined up ready and waiting, moving Richmond to the bullpen might not actually be a bad idea. Heck, if it’s working for David Purcey, why not Scott Richmond?

If we’re trying to define a new role for Richmond on the roster, I guess he could be the right-handed equivalent of a LOOGY, but more like Shawn Camp circa 2009 and less like Jesse Carlson circa 2009. He could probably also work very well against sections of right-handed heavy lineups.

If a starter goes down early in the game, Scotty could come and toss two or three innings in relief and keep the hitters off balance with his wicked curveball.

So what do you think: once Scott Richmond finishes his rehab assignment, where does he fit in on the Blue Jays roster?

Ian Hunter
Ian has been writing about the Toronto Blue Jays since 2007. He enjoyed the tail-end of the Roy Halladay era and vividly remembers the Alex Rodriguez "mine" incident. He'll also retell the story of Game 5 of the 2015 ALDS to his kids for the next 20 years.
Tags : Dunedin Blue Jays     Las Vegas 51's     minor leagues     Scott Richmond 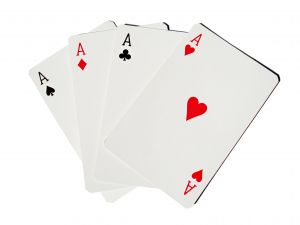 Aces in the Cards

One Run and Done