In what could possibly be the funniest Blue Jays photo day picture in recent memory, Scott Richmond (above) poses with his homemade Olympic Gold Medal in honour of Team Canada’s big win over the United States in the Gold Medal hockey game.

I have to give credit to Scott, he obviously took some time to craft the medal and also attach it to a Baseball Canada lanyard. That takes commitment and determination, not unlike the skills that Team Canada displayed yesterday. Of all the days for Scott Richmond to pose with a homemade Gold Medal, today (otherwise known as the day after St. Crosby Day) was the day to do it.

And who said that Canadians didn’t have a sense of humour?

According to reports for Jordan Bastian, one of his jealous teammates ripped up the medal in a fit of rage. Could it be the same person who stuffed a Team Italy cap in Richmond’s locker after Canada’s loss to the Italians in the World Baseball Classic?

An inquiry is currently pending and hopefully the suspect will be brought to justice.

Ian Hunter
Ian has been writing about the Toronto Blue Jays since 2007. He enjoyed the tail-end of the Roy Halladay era and vividly remembers the Alex Rodriguez "mine" incident. He'll also retell the story of Game 5 of the 2015 ALDS to his kids for the next 20 years.
Tags : Scott Richmond     Team Canada 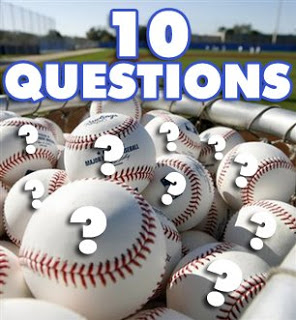