What a whirlwind past few weeks for Gordon Lightfoot. Last week he was rumored to have died, and now this week he inherits the throne as the Prime Minister of Canada!

Check out this great video courtesy of Rogers Sportsnet of Scott Richmond quizzing his American teammates on some Canadian trivia.

Ian Hunter
Ian has been writing about the Toronto Blue Jays since 2007. He enjoyed the tail-end of the Roy Halladay era and vividly remembers the Alex Rodriguez "mine" incident. He'll also retell the story of Game 5 of the 2015 ALDS to his kids for the next 20 years.
Tags : Casey Janssen     Jason Frasor     Jesse Litsch     Scott Richmond     Spring Training 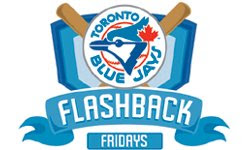 The Fall of Flashback Fridays

The Shortstop Search is Over