In hindsight, I guess all those reports about Alex Rios being claimed on waivers really did mean something. Last week the White Sox were the “mystery team” that put their name in the hat first to grab Rios and today the deal was made official. After ten years with the Toronto Blue Jays organization, Alex Rios is now a member of the Chicago White Sox.

J.P. Ricciardi said that the trade was made so the Toronto Blue Jays could have financial flexibility going forward. The White Sox assume the rest of the Rios contract, which has $59 dollars remaining on it. While I agree that this season perhaps Rios was a little overpaid, I don’t think it was a complete waste of money.

Vernon Wells contract is the real burden on the Blue Jays payroll, and in a way his contract was partially responsible for Rios’ trade. Rios was the only valuable player on the team who could feasibly be moved after the non-waiver trade deadline, and so he was.

At no point did I ever think that the Alex Rios contract extension was a huge mistake. The Blue Jays wanted to make a big splash by re-signing two of their most talented young players in Aaron Hill and Alex Rios, and they both received the kind of money they deserved. At $5.9 million dollars this season, I would say that Rios is still a bargain and even at his peak of $12.5 million dollars, Rios is nowhere near close to being the most overpaid outfielder in baseball.

While most of us can agree that Alex Rios probably won’t be the 25+ HR 100+ RBI player that the Blue Jays expected him to be, over these past few years he’s been a great outfielder and has the potential to be a phenomenal full time center fielder.

I think I might feel better about this whole trade if we were reassured by J.P. Ricciardi and the Blue Jays management that this money saved in the Rios trade would go back into re-signing key players like Roy Halladay or attracting free agents to play in Toronto. But somehow, I have a feeling that the money will go elsewhere or will just disappear back into the pockets of Rogers.

What inclination would Roy Halladay have to stay with the Blue Jays now that they have traded away two of their key players? Halladay isn’t impressed that the team has shed payroll; his number one priority is to win a championship, and losing two All-Star players certainly isn’t helping the Blue Jays cause for the 2010 season.

After dishing out all this money in failed contracts to players like Frank Thomas, B.J. Ryan and Vernon Wells, I hope that Rogers and the Toronto Blue Jays have learned their lesson when it comes to overpaying for mediocre talent.

I feel great for Alex that he gets to play for a team that actually has a shot at making the playoffs, yet I don’t think he will look back on his time with the Blue Jays with fond memories. He spent his entire career up to this point in the Blue Jays organization, and up until earlier this season Alex Rios was the new face of this franchise. Now he’ll be the new face of another franchise.

Ian Hunter
Ian has been writing about the Toronto Blue Jays since 2007. He enjoyed the tail-end of the Roy Halladay era and vividly remembers the Alex Rodriguez "mine" incident. He'll also retell the story of Game 5 of the 2015 ALDS to his kids for the next 20 years.
Tags : Alex Rios     Chicago White Sox     J.P. Ricciardi     Rogers Communications     Roy Halladay     trade 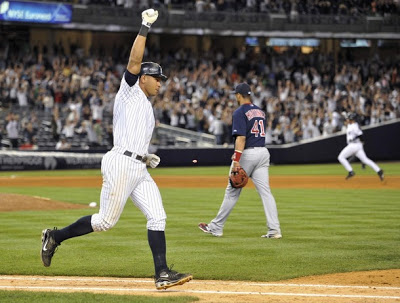 Yankee Stadium not built for A-Rod’s benefit after all 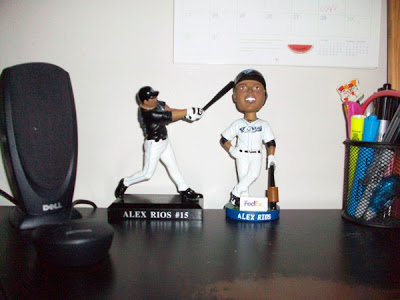