So long as Matt Garza is on the mound, it sounds like the Tampa Bay Rays have no problem playing the Toronto Blue Jays. Beat reporter Jordan Bastian provides us with another nugget of depressing truth against the Blue Jays via Twitter:

For whatever reason it is, Matt Garza just completely shuts down the Blue Jays lineup time and time again. At least this go around the Jays managed to get seven hits off of Garza – but in the end it wasn’t enough.

Scott Richmond pitched well enough to win the game, but for the second game in a row, the starting pitching needed to pitch shutout baseball to even give the Blue Jays a chance to win the game. Richmond was up and down most of the game, yet he never let the game get away from him. Just those three solo home runs were what stood between him and a win.

So now the Jays will turn to Ricky Romero to at least salvage something from this series. Cito Gaston has decided to shake things up for this afternoon’s matinee – Vernon Wells will sit this game out and Adam Lind will move up to the number three spot.

With all these lineup moves over the past few weeks, it seems like the writing might be on the wall for Wells and Rios. I’m not saying that either of them will be traded for a box of donuts, but I’m getting the impression that upper management is very disappointed with the play of their franchise players and will not stand for Cito leaving them up in the lineup for much longer. Hopefully some time in the proverbial dog house can straighten both of them out.

Ian Hunter
Ian has been writing about the Toronto Blue Jays since 2007. He enjoyed the tail-end of the Roy Halladay era and vividly remembers the Alex Rodriguez "mine" incident. He'll also retell the story of Game 5 of the 2015 ALDS to his kids for the next 20 years.
Tags : Alex Rios     Cito Gaston     Matt Garza     Ricky Romero     Scott Richmond     Tampa Bay Rays     Vernon Wells 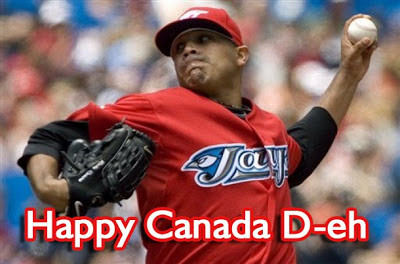