Rios Is Our Saviour

Alex Rios is back to being a feared hitter in the #3 spot on the Blue Jays lineup. Just 2 pitches after smacking a ball into the 500 level in left field, he sat on a 3-2 pitch from Octavio Dotel and drove home the game-winning run. With that clutch hit, Rios erased any memories in our mind of his struggles earlier this season.

Scott Richmond deserved the win today by shutting out the White Sox through 7 innings. Along the way he struck out ChiSox batters 7 times, with his breaking ball being the weapon of choice. Richmond was on the bubble after a few bad outings, but after today he made a very strong case to stay in the starting rotation. Scott was in line for the win until Jesse Carlson gave up a 2-run homer to Jim Thome which tied the game. That was very uncharacteristic but Carlson, but that is the second game-tieing homerun in the last week he has given up in late innings.

I feel bad for Casey Janssen and Ricky Romero because they’re going to have to depend on one of their teammates to collapse before they can make it back into the starting rotation. After Robert Ray’s incredible game on Saturday, even he is no longer a disposable pitcher that can be sent back to Las Vegas unless he falls apart within his next few starts.

With that four game sweep of the Chicago White Sox, the Blue Jays are off to Boston to begin the battle for first place in the American League East with the Red Sox. Coming tomorrow, we will have a special preview of the Red Sox with one of our adversaries in the blogosphere. Stay tuned for more details.

Ian Hunter
Ian has been writing about the Toronto Blue Jays since 2007. He enjoyed the tail-end of the Roy Halladay era and vividly remembers the Alex Rodriguez "mine" incident. He'll also retell the story of Game 5 of the 2015 ALDS to his kids for the next 20 years.
Tags : Alex Rios     Chicago White Sox     Jesse Carlson     Scott Richmond 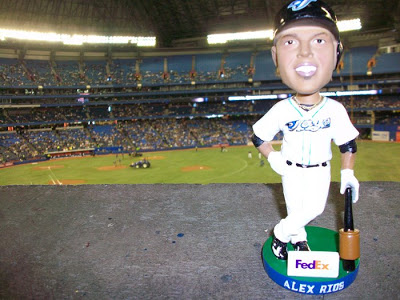 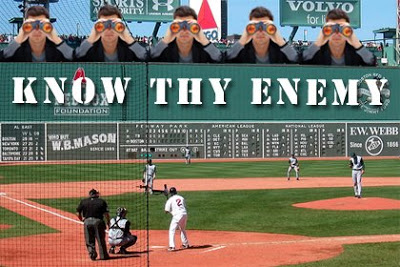 Know Thy Enemy: A Guide to the Boston Red Sox