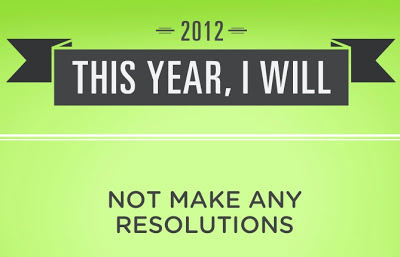 Far be it from me to tell anybody else what their own New Year’s resolutions should be, but I at least wanted to offer my resolution suggestions for the Toronto Blue Jays.

They aren’t your typical “go to the gym” or “quit smoking” goals, for Alex Anthopoulos I have to create a special list of resolutions. Knowing his reputation as the Silent Assassin, I’m sure these have been on his radar for years anyway.

Resolution One: Sign Brandon Morrow to a Contract Extension

Outside of Ricky Romero, Brandon Morrow is really the only other mainstay in the starting rotation who is all but guaranteed to keep his spot. Romero was awarded his contract extension last summer, and Morrow is certainly next in line to get his.

Brandon Morrow is entering his fifth year of team control, meaning he could very well walk away a free agent by season’s end 2013. That’s a dangerous proposition for the Blue Jays, which means AA should lock Morrow up sooner rather than later.

If Alex Anthopoulos was hoping this past season would provide answers as to whether they should sign Morrow long term, he probably walked away with more questions than anything. A Jekyll/Hyde 2011 instilled a few doubts about Brandon Morrow, so the Blue Jays should approach this situation with cautious optimism.

With his history of injuries, I’d be less inclined to give Brandon Morrow a five-year contract like Ricky Romero’s, but would rather buy out his two final years of arbitration and tack on a few extra years to make it a four-year deal at most.

The potential for Morrow to be a dominant starter in the AL has always been there, it’s just a matter of everything clicking for him at once, and more importantly staying healthy.

With so many question marks surrounding the Blue Jays starting rotation, they’re going to have to take a bit of a calculated risk and extend Brandon Morrow. It’s far better than the alternative of letting him go for nothing and losing a solid number two starter.

Resolution Two: Figure Out What to Do With Travis Snider

This resolution has actually been a few years in the making, but 2012 is the year that this will all hopefully come to a head. This time around, AA needs to figure out what the Blue Jays are going to do with Travis Snider.

Unlike the Brandon Morrow dilemma, there isn’t as much of a sense of urgency to resolve the Snider matter, but it’s quickly creating a log jam in the outfield with the bevvy of outfielders and really only one full-time position available.

The key to 2012 will be trying to find out how to utilize Travis Snider to their full potential. Should he just be the starting left fielder outright? Or perhaps John Farrell should platoon Travis Snider and Eric Thames in left?

I’m not saying Snider’s name needs to be handsomely written in calligraphy on the lineup card every single game, but there’s no sense in having Travis Snider on the roster if he isn’t going to get consistent at bats.

If they can’t find a way to get Travis into the lineup, then I’m sure another team will gladly take to the task. If Snider finds himself on the bench more often than not, then you can sure Alex Anthopoulos’ Blackberry will be ringing off the hook with offers.

As of now, the Blue Jays do have a starting second baseman for the 2012 season in Kelly Johnson. Beyond that, it’s anybody’s guess as to who will slot in up the middle infield next to Yunel Escobar.

Judging by AA’s aversion to signing free agents, it’s pretty evident the Blue Jays won’t be dipping into the free agent pool to find a second baseman. Which means it’s either going to come down to a Kelly Johnson extension, or a trade for a new second baseman.

I assumed the Blue Jays were just going to sign Kelly Johnson to a 2-3 year contract extension at season’s end, but maybe they really only see KJ as a band-aid solution.

There’s no telling which second baseman would be tops on AA’s wish list, but you can be sure he’ll be trying his best to bring them to Toronto. Getting all this done before the 2012 off-season really puts the Blue Jays under the gun to find a long-term second baseman.

One other faint possibility is the prospect of shifting Yunel Escobar over to second base, and giving the reins at shortstop to Adeiny Hechavarria. However, most reports indicate Hech is nowhere near ready to make the leap to the major leagues, and he’d need to be ready to start by Opening Day 2013.

Adeiny only made the call from AA New Hampshire to AAA Las Vegas in mid-August, and 116 plate appearances is not nearly a big enough sample size. Not to mention, Hechavarria’s defense up the middle as well.

Again, that really puts the club in a tight spot to find a long-term second base solution, so perhaps keeping Kelly Johnson around for the next couple of years is the safest bet. 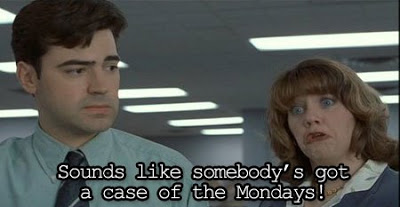 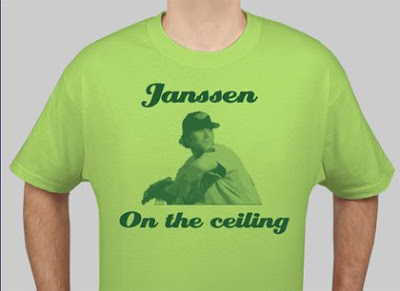 We’re so excited to see Casey back …

The Quintessential Adam Lind At Bat from 2011