Caleb Joseph relishing his opportunity with the Blue Jays

Caleb Joseph doesn’t profile as a power-hitting catcher, but in his first regular season at bat with the Blue Jays, he went deep. It was over two years — 766 days, to be exact — since the backstop hit his last home run. But he celebrated like it was his first.

Joseph’s debut with the Blue Jays was a long time coming. The Blue Jays signed him to a minor league deal back in January, and although he was the third-string catcher on Toronto’s depth chart, he waited for his opportunity.

He travelled with the team to summer camp at Rogers Centre in July and was a member of the Blue Jays taxi squad, laying in wait in Buffalo. The 34-year-old got the call over the weekend when the club optioned Reese McGuire to their training site and promoted Joseph.

When he wasn’t on the active roster, Joseph worked behind the scenes in Buffalo trying to replicate real-game scenarios by hitting high velocity pitches in the cage, a tip he picked up from former teammate Mark Trumbo.

Joseph also worked with hitting coach Guillermo Martinez, adjusting swing paths and altering his thoughts at the plate. The seven-year veteran wasn’t planning to go yard in his first at bat as a Blue Jay, but he felt a sense of belonging by contributing to the team in his first game.

As his teammates suited up for games and took the field, Joseph was on the outside looking in for the last six weeks. He knows what it feels like to be a spectator for the first half of the season. When he hit his first home run of 2020, he acknowledged his brethren down in the bullpen.

When he rounded second base, Joseph pointed his first in the air and looked to where his teammates were stations in the bullpen beyond the right field fence. He also made a celebratory shout that echoed throughout Fenway Park, and he stuck out the devil horns for good measure.

Missed this from earlier today, but Caleb Joseph's salute to the Blue Jays bullpen and his shout while rounding third base was a cool moment. pic.twitter.com/ePNrKWSifB

“I tried to tell the bullpen: ‘If I ever get a home run, I want to acknowledge you because you guys are out there all by yourself.’ Everybody gets to cheer, clap hands, and hooray and hoorah in the dugout, but a lot of those guys get forgotten,” Joseph said.

“I’ve seen Mitch Garver do it and I thought: ‘Man, I would love to do that.’ I mentioned that not thinking that it would happen so quickly. So, just being able to acknowledge them and coming into the dugout and seeing how happy everybody was, it was really special. It was a moment I’ll never forget.”

Joseph isn’t a Canadian citizen, but he may as well be. His flawless air drumming performance from Spring Training caught fire on Twitter, and his Twitter handle @YYZBackstop is another ode to “Rush”.

Neil Peart would be proud ❤️

Rather than pass out a replica wrestling belt, he pays homage to the Canadian roots of the club by selecting the top three plays or performers (and in the words of Joseph, some “not so cool plays”) to not only keep the players accountable, but to have fun.

As a player with seven big league seasons under his belt, Joseph brings some veteran savvy to the roster, but he also brings a great deal of advice for this young core. The end game is always to finish the day with a win, but he preaches to his teammates to sit back and enjoy the game, too.

“Winning games in the big league is hard,” Joseph said. “With such a young core and such a young group here, you really want to make sure they understand that winning is expected, but it is so difficult that you’ve really got to enjoy it.

“I made the playoffs in 2014 with the Orioles and I thought: ‘Man, this is great. We’ll just do this every year.’ And it took another two years to get back there just as a Wild Card [team] in 2016 when Toronto spanked us. But I haven’t been back since.

“You get the feeling that, man, this is a special moment. Let’s make sure we enjoy it. Having that kind of post-game celebration, I feel like everybody’s relishing in the win, and more times than not, they’re team wins. We get to really savour the moment and go into the night feeling really good about ourselves, just trying to build some momentum for the next day.”

Ian Hunter
Ian has been writing about the Toronto Blue Jays since 2007. He enjoyed the tail-end of the Roy Halladay era and vividly remembers the Alex Rodriguez "mine" incident. He'll also retell the story of Game 5 of the 2015 ALDS to his kids for the next 20 years.
Tags : Caleb Joseph 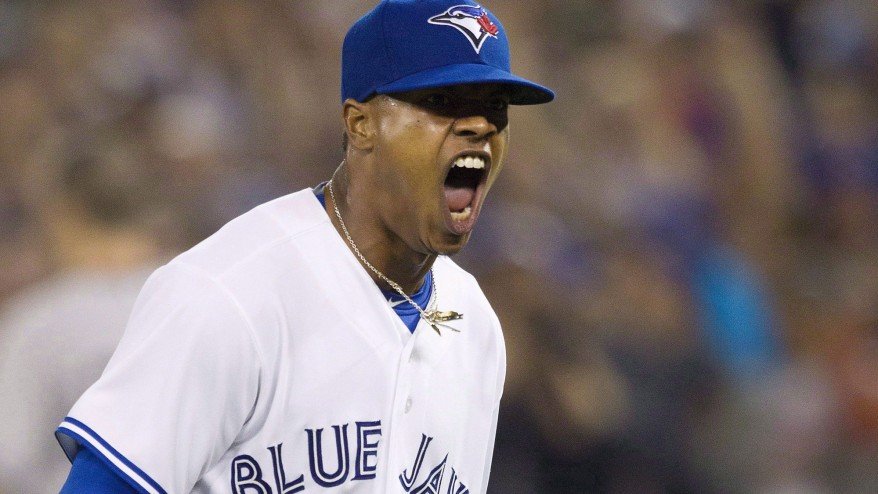