I don’t claim to be an expert in lip reading, but I know expletives when I hear them … especially when it happens at the ballpark.

When John Gibbons unleashed a profanity-laden tirade against home plate umpire Will Little yesterday, I was a surprised that Gibby yelled so loudly that the ballpark mics picked up most of the heated exchange.

Gibbons definitely didn’t hold back after he was tossed from the game.

Here’s some audio from the John Gibbons ejection.

Kudos to Mark Sheldon for capturing the exchange and posting it to Twitter. After watching this clip far too many times, I think I’ve pieced together what I believe to be the transcript of Gibby’s outburst on Will Little. Enjoy.

(Gibbons from the dugout) Hey! Flip a coin!

That little “shrug” John Gibbons was talking about? It’s this one from Will Little and it seems to be his go-to reaction when players and managers give him grief.

He was so smug about it, too. pic.twitter.com/GzC0uQUc4G

Ian Hunter
Ian has been writing about the Toronto Blue Jays since 2007. He enjoyed the tail-end of the Roy Halladay era and vividly remembers the Alex Rodriguez "mine" incident. He'll also retell the story of Game 5 of the 2015 ALDS to his kids for the next 20 years.
Tags : ejections     John Gibbons     umpires 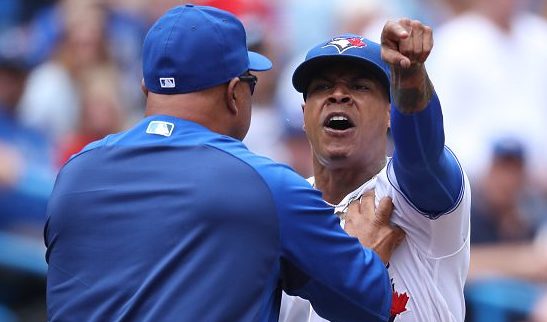 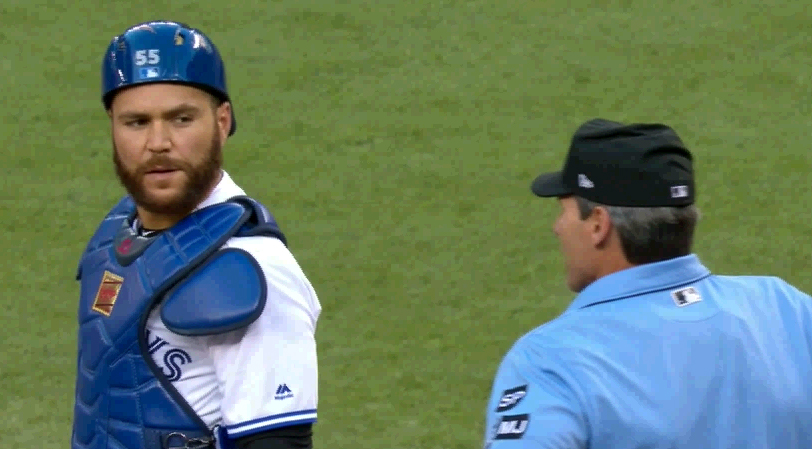