Give Chris Coghlan a gold medal because that was an Olympic-worthy leap into home plate.

Over the years, there have been some amazing plays at the plate. But this acrobatic number from Coghlan might be right up there among the best of them.

With Yadier Molina in his path, Coghlan did the unthinkable and leapt right over top of Molina and crashed right in top of home plate. If someone described this play to you, you may not believe it. That’s why it requires multiple reviews.

CHRIS COGHLAN, ARE YOU KIDDING ME? pic.twitter.com/GAvlTdK18u

The leap is part gymnastics, part WWE, all amazing. With this angle below, you really gain a sense of appreciation for the air that Coghlan got on the play.

"When you encounter obstacles in life, dive over them head first"
– Chris Coghlan (probably) pic.twitter.com/Z8FlJ2ZxkL

Coghlan has been filling in for Josh Donaldson at third base as of late, and with this play, it was as though Coghlan channeled his inner “Bringer of Rain” and dove into home plate with the same reckless abandon that Donaldson would.

I really don’t have many words to describe this play other than unbelievable.

Ian Hunter
Ian has been writing about the Toronto Blue Jays since 2007. He enjoyed the tail-end of the Roy Halladay era and vividly remembers the Alex Rodriguez "mine" incident. He'll also retell the story of Game 5 of the 2015 ALDS to his kids for the next 20 years.
Tags : Chris Coghlan     GIFs 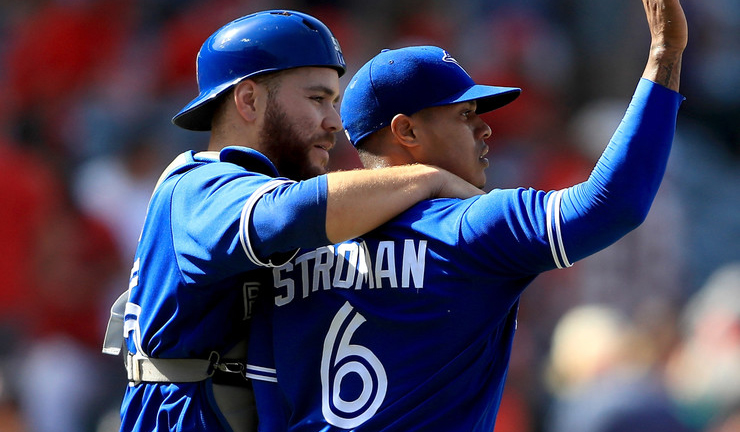 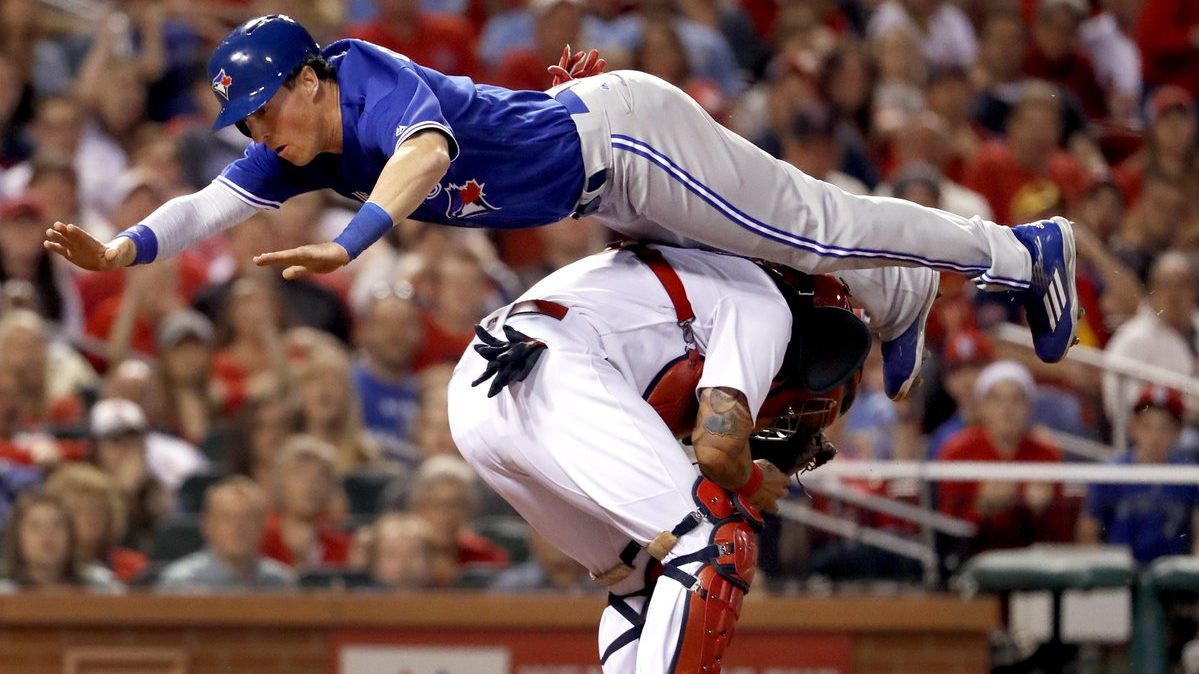