Will the Blue Jays Land a Starting Pitcher at the Trade Deadline?

“Can I interest you in a broken-down Rich Hill? Or how about a petulant Chris Sale? Anyone up for a slightly overpriced Ervin Santana? Anybody?”

If the August 1st non-waiver trade deadline was a swap meet, these are the phrases you’d hear uttered by teams as they pedal what’s left of the starting pitcher market. To say the market is “thin” would be an understatement.

One of the overriding philosophies surrounding the 2016 Toronto Blue Jays is that they need to go out and get a starting pitcher today. As the clock dwindles down to the 4pm trade deadline, many are convinced it’s imperative the Jays need to make a strong push for a starting pitcher.

Personally, I’m not sure the Blue Jays need to go all-out to get another arm. Would I like to see the Blue Jays improve upon their starting rotation? Absolutely – but at what cost?

We’ve already seen the trade market for starting pitching is absolutely insane. The fact that Wade Miley was traded (again) tells you everything you need to know; teams are willing to do anything to get anyone – even if it only means minutely improving upon their starting pitching staff.

The Boston Red Sox paid a hefty price for Drew Pomeranz in the form of one of their best prospects: Anderson Espinoza. Credit to the Red Sox for being aggressive on the trade front, but is their starting rotation really that much better with the addition of Pomeranz?

This leads us to the Toronto Blue Jays. Depending on who you ask, the Jays either have a dire need in the starting rotation, the bullpen, or perhaps even both areas. Today will determine whether the Blue Jays address those apparent needs or they’ll simply stand pat.

I don’t think it’s necessarily a bad thing if they do the latter. For one, the asking price on some of these starting pitchers is astronomical. For the calibre of starters out there, it’s not worth mortgaging the future for someone like Rich Hill; who may not be completely clear of blister issues the rest of the season.

Jeremy Hellickson is having a fantastic season for the Phillie, but he might not be worth the asking price. The rumoured ask on Hellickson is above and beyond where it would typically be for a mid-tier starting pitcher, thus pricing out a lot of teams.

To me, it’s a very simple question for the Blue Jays today – can they find someone better than Drew Hutchison on the trade market? And can they do so at a reasonable price?

If not, then it’s cost prohibitive for the Blue Jays to deal away key prospects in an attempt to slightly improve their starting rotation.

It may not be the sexy solution, but the answer the Blue Jays need to solve their starting pitching problem may already be within their organization.

Think about this; the Blue Jays won a division title with Drew Hutchison making 30 starts for them last year and without Aaron Sanchez in the starting rotation during the second half. So is it really going to hurt the Blue Jays that much to maybe give Hutchison 9-10 starts down the stretch?

If they are indeed going to move Aaron Sanchez out of the starting rotation, can they find a better pitcher than Drew Hutchison on the trade market?

And if the answer is no, simply plug Hutchison into the rotation and allow him to play out the season.

If the calibre of starting pitchers were much higher on the market (like David Price and Johnny Cueto last year), then the acquisition cost would be much more palatable.

That’s why someone like Ervin Santana could be a reasonable solution for the Blue Jays. Santana is owed $27 million dollars over the next two seasons (plus the remainder of his $13.5 million dollar salary this year).

If the Twins are motivated to move Santana (much like the Padres were with Upton), then the Blue Jays could provide the Twins with some salary relief, in addition to some prospects.

At the very least, the Blue Jays would acquire an innings-eater in Ervin Santana, while also having another starting rotation option for the next two seasons.

Even if the Blue Jays don’t make a splash for a starter at the trade deadline, one can’t really blame them. It doesn’t necessarily preclude the Blue Jays from making any trades at all this year. They could re-evaluate within a few weeks and perhaps make a waiver deal with another team.

I wouldn’t be surprised if the 4pm trade deadline comes and goes and the Blue Jays did nothing. But they’ve already been active in the trade front, acquiring Jason Grilli, Melvin Upton Jr. and Joaquin Benoit. There’s still some work to do, but this isn’t the final opportunity for the Blue Jays to do some tweaking to the roster.

Ian Hunter
Ian has been writing about the Toronto Blue Jays since 2007. He enjoyed the tail-end of the Roy Halladay era and vividly remembers the Alex Rodriguez "mine" incident. He'll also retell the story of Game 5 of the 2015 ALDS to his kids for the next 20 years.
Tags : bullpen     Drew Hutchison     Ross Atkins     starting rotation     trade     trade deadline 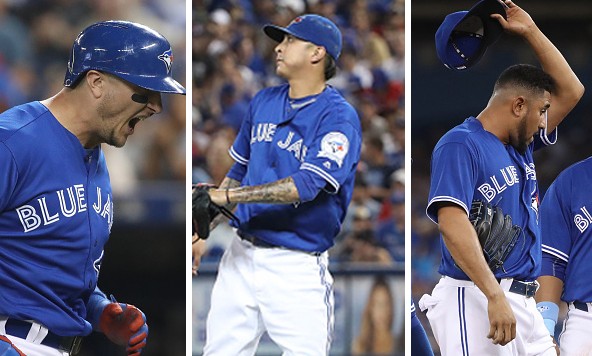 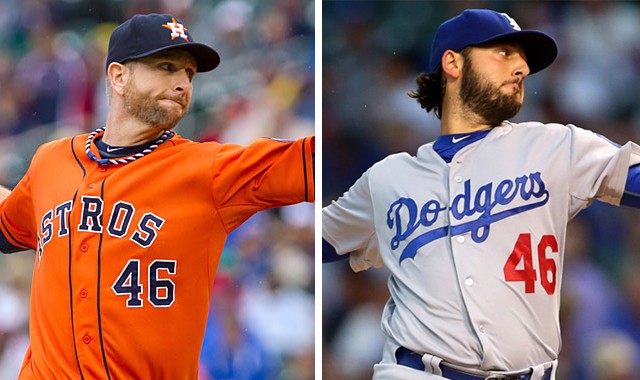