At first glance, the Toronto Blue Jays’ trade for Melvin Upton Jr. isn’t your typical trade deadline deal. It wasn’t at the eleventh hour, it didn’t involve one of the most coveted names on the market, and it didn’t appear to fill an apparent need for a team like the Blue Jays.

But sometimes, these are the kinds of transactions that often go unheralded in beefing up a team’s roster for a postseason run.

And that’s exactly what the Blue Jays did by going out and getting Melvin Upton Jr. from the San Diego Padres. It provides the Blue Jays some flexibility and insurance in the outfield; an area which has been in flux for Toronto in recent weeks.

The deal in principle as it was initially reported by Ken Rosenthal was pretty reasonable; the Blue Jays would send a Class A prospect in exchange for Melvin Upton Jr. That prospect ended up being 19 year-old Hansel Rodriguez; the Blue Jays 18th ranked prospect and a name that wasn’t very well-known or touted to many.

But then the deal got even sweeter; it turns out the Padres are reportedly kicking in a lot of cash, which will leave the Blue Jays paying only $5 million dollars total for Upton’s services in 2016 and 2017. At that price, Upton is an absolute steal.

Now, he may not even be an everyday outfielder for a contenting team like the Blue Jays; Upton will more than likely get the starting assignment against left-handers, and may be a late-game defensive replacement or pinch runner. But at a mere $5 million dollars, it’s totally worth it for the Blue Jays.

I really don’t buy into this notion that the Padres were willing to dump Upton for a nominal fee because he was a “bad apple”. Admittedly, this is almost a deal that seems too good to be true for the Blue Jays, but maybe the Padres held Hansel Rodriguez in high regard, and the only negotiating came in the form of how the cash would be exchanged.

Ross Atkins refused to acknowledge what that eventual dollar figure was, but for the Padres to cover over three-quarters of Upton’s remaining salary, they were clearly motivated to move Melvin Upton Jr. – and the Blue Jays were the benefactor in this particular case.

In Melvin Upton Jr., the Blue Jays may not be getting a solid everyday centre fielder. But they are getting a guy who can field all three outfield positions, has a great arm, and possesses some speed on the base paths; three traits which are somewhat lacking with the Blue Jays’ corner outfielders.

Upton looks like a great compliment to the existing players on the roster. Credit to Ezequiel Carrera for holding down the fort while Jose Bautista was on the disabled list, but he was hardly the solution for the Blue Jays in the outfield. With the addition of Upton, the Blue Jays can employ a fourth outfielder platoon, if they so choose.

Overall, this is such a low-risk move for the Blue Jays, that I’m surprised they didn’t do it sooner. Ross Atkins acknowledged the Blue Jays reached out shortly after Jose Bautista landed on the disabled list; which gives an indication as to how long these transactions sometimes take to complete.

In the event that one or both of Jose Bautista or Michael Saunders split as free agents later this year, Melvin Upton Jr. could step in as a corner outfield replacement, at a below-market salary. If you’re the Blue Jays front office, you have to love this deal from a cost perspective.

How often do teams eat as much cash as the Padres did for a player with an additional year of control? Not to mention, Upton is still a very productive player, and moving to the Rogers Centre, he has the potential to breakout even further with the Blue Jays.

The Blue Jays are on the hook for so little money with Melvin Upton Jr., that if they wanted to jettison that contract entirely at some point, they could. And if Upton plays well for the Blue Jays and puts forth some decent numbers, he suddenly becomes a very attractive trade chip this offseason.

All of this for the measly sum of $5 million dollars and a Single-A prospect. 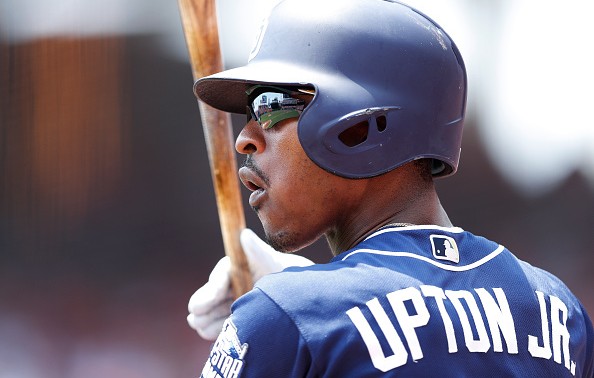 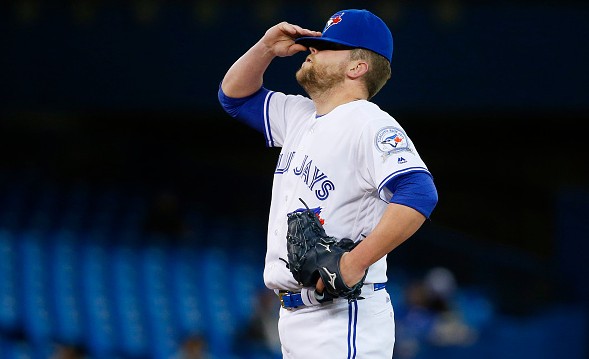