David Price’s Debut: A Turning Point for the Blue Jays?

Very rarely does something or someone ever truly live up to the enormous expectations that are set for them.

This was not one of those times. Despite astronomical hopes, David Price came exactly as advertised in his Toronto Blue Jays debut; striking out 11 batters over the course of 8 innings, inducing 20 swinging strikes along the way.

Suffice it to say that David Price is going to fit in just fine in Toronto as a Blue Jay.

Price received a royal welcome to town as he officially made his debut with the Blue Jays on Monday afternoon. Some 45,766 fans packed into the Rogers Centre to see the Blue Jays’ newly-minted ace of the pitching staff. And he did not disappoint.

This is a true testament to how rabid the Blue Jays fans were at yesterday’s game; at a pivotal point against the Twins, the crowd rose to its feet as David Price was one strike away from escaping from a bases loaded jam.

Did I mention it was only the fourth inning? Yes, the fourth inning … and fans were cheering as if it were the final pitch of the game. That’s how fanatic these people were (myself included) to see David Price pitch for the Blue Jays.

In all the Jays games I’ve been to (aside from Home Openers), I’ve never seen a crowd which was that electric. It really was about as close as you could get to playoff atmosphere at the Rogers Centre.

Many of the games from the previous series against the Kansas City Royals mirrored games which you’d usually see in late September and early October. But yesterday’s game was different; David Price’s debut was on an entirely different level of excitement.

It also may have been fate that it was Price’s dominant performance which helped propel the Blue Jays into a tie for the second Wild Card spot. The Blue Jays haven’t occupied a playoff spot since July 1st, and now they’re tied with the Minnesota Twins.

I remember thinking back to the end of the 2009 season when Roy Halladay made his final few starts with the Blue Jays. He typically exited those games to thunderous applause; predominantly because most fans thought that might be the last time they’d get to see Halladay in a Blue Jays uniform.

While those games in late 2009 were bittersweet in many ways, this one by David Price was filled with nothing but pure happiness and excitement. And his debut may have been the official turning point for the 2015 Blue Jays.

I think after so many years of disappointment, some people may feel like the Blue Jays don’t deserve David Price or Troy Tulowitzki … and to some degree, even Josh Donaldson and Russell Martin.

For so long, mediocrity was accepted as the norm when it came to the Toronto Blue Jays. I think that’s why the moves from last week were so surprising; because Blue Jays fans are used to “not having nice things”.

I can say with confidence that never in my wildest dreams would I ever have imagined the Blue Jays would land David Price … even if it is only as a potential two month rental.

Those are not the kinds of moves the Blue Jays organization is accustomed to making. But after the Blue Jays decided to go after David Price, that all changed.

Make no mistake; the Blue Jays are indeed extremely lucky and fortunate to have the services of David Price. But his acquisition was one that entirely shifted the aura of this team; it’s gone from one that would be gracious to receive any sort if pitching help, to a team that knows it’s a force in the American League East.

In that respect, the Toronto Blue Jays are beginning to resemble the Kansas City Royals. Just one year ago, the Royals were a team that was just happy to be there; one that was never expected to make it all the way to the World Series.

But now that the Royals have erased that old reputation and have the makings of becoming a perennial contender, they’re a very confident (and at times, very brash) team. They’re not only confident they’ll make it back into the playoffs, they’re expecting to.

Although the Blue Jays still need to back up their reputation with some sort of run into the playoffs, they’re starting to show many of the same signs as the Royals.

Bringing in David Price was a huge sign of good faith from the organization not only to the fans, but the players as well. Not that professional athletes should be coerced into being motivated, but just think about how much of a boost that provided for the guys in the Blue Jays clubhouse.

The front office sent a clear message to those guys; they believe this team can win. And for a team that up until recently struggled with merely staying above .500, this might be all the Jays need to help put them over the top.

Ian Hunter
Ian has been writing about the Toronto Blue Jays since 2007. He enjoyed the tail-end of the Roy Halladay era and vividly remembers the Alex Rodriguez "mine" incident. He'll also retell the story of Game 5 of the 2015 ALDS to his kids for the next 20 years.
Tags : David Price 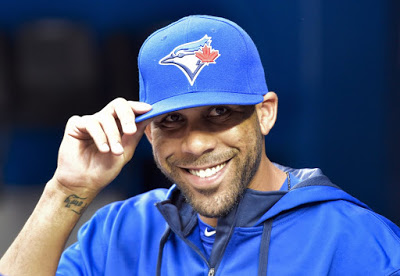 David Price on the Excitement in Toronto: “It’s Never Been Like This Before” 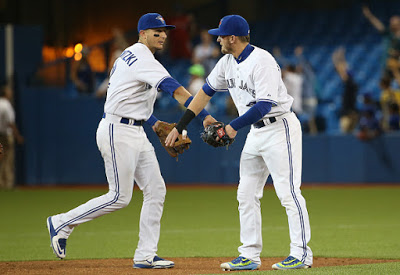 As the Blue Jays Continue to Surge, Their Playoff Odds Soar