Reports have surfaced that that the Kansas City Royals and Cincinnati Reds are putting the final touches on a Johnny Cueto deal. This invariably has left many questioning why the Toronto Blue Jays weren’t in on one of the hottest commodities at the trade deadline.

While the Blue Jays are in definite need of starting pitching, there have been rumblings that the asking prices on some of the elite arms on the market have been absolutely astronomical.

Coincidentally, the Blue Jays have failed to acquire a starter thus far, and those exorbitant asking prices have surely played a big factor into that. Sportsnet’s Shi Davidi reported that the Reds were asking for not only Marcus Stroman, but for others as well in exchange for Johnny Cueto.

Talks with #BlueJays never gained traction, ask believed to be Stroman plus. https://t.co/Oi9L1ag7yS

By all indications, any talks involving Marcus Stroman would (and should) be a non-starter for the Blue Jays … even for the likes of Johnny Cueto.

Stroman is poised to be a building block for this franchise moving forward, and trading him for two plus months of Cueto would be a very dangerous proposition.

Keeping this report from Shi Davidi in mind, it’s beginning to come a little more evident as to why the Blue Jays haven’t been aggressive on the trade market. Apparently, they are not willing to part with their most coveted prospects merely for a rental pitcher.

For a team like the Blue Jays who are attempting to end their 22 year playoff drought, their list of untouchables on the roster should be fairly limited, but Marcus Stroman is likely at the very top of the list.

Unfortunately, Stroman’s name is likely the very first that’s usually brought up in any potential trade talks. However, just because other teams ask for Marcus Stroman doesn’t necessarily they can’t be coerced into other prospects within the Blue Jays organization.

Earlier this week, Shi Davidi also reported the Oakland A’s were seeking top prospects in exchange for Scott Kazmir. Daniel Norris’ name was brought up at the time of the Josh Donaldson deal and one can imagine his name was brought up in any subsequent deals.

However, now that Johnny Cueto appears to be off the market, the asking prices for starting pitchers very well may come down within the next few days.

Ian Hunter
Ian has been writing about the Toronto Blue Jays since 2007. He enjoyed the tail-end of the Roy Halladay era and vividly remembers the Alex Rodriguez "mine" incident. He'll also retell the story of Game 5 of the 2015 ALDS to his kids for the next 20 years.
Tags : Johnny Cueto     Marcus Stroman     trade deadline 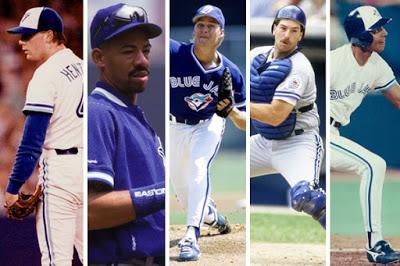 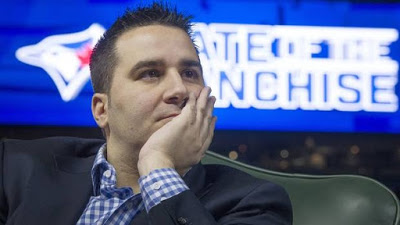 Will the Blue Jays Actually Make a Splash at the Trade Deadline?