Suffice it to say, Tuesday wasn’t exactly a great day in Blue Jays Land. It was a big opportunity for a few players in particular, and unfortunately they failed to impress. Two starting rotation candidates Ricky Romero and Marcus Stroman had horrible outings.

The on-field results in an 18-4 loss to the Detroit Tigers combined with a few comments by John Gibbons made for an overall forgettable day in Blue Jays Spring Training.

Going into his start yesterday, one could argue momentum was on Ricky Romero’s side. In his three prior games, Romero wasn’t exactly impressive … then again, the wheels didn’t completely fall off either.

But then the ugly side of Ricky Romero reappeared once again; the one that we’ve become all too familiar with since 2012. Romero’s Spring Training line currently looks like this: 114 pitches total, 59 strikes, 55 balls, 10 walks, 6 strikeouts.

Any semblance of a chance Ricky Romero had of cracking the Blue Jays rotation prior to yesterday  flew completely out the window. Subsequently, it was announced that both Romero and Stroman were assigned to minor league camp.

Meanwhile, the Yankees’ Michael Pineda had a stellar outing against the Red Sox. This is life we have to look forward to in the American League East this year, folks.

Marcus Stroman Gets Lit Up

Tuesday was not kind at all to Blue Jays starting pitchers fighting for a spot in the rotation. First it was Ricky Romero, and then it was the highly-touted Marcus Stroman.

Stroman was lit up just as badly as Romero (if not worse), and his chances of making the rotation took a huge hit in that game. His performance as of late has been somewhat disappointing considering how well Stroman did in the Arizona Fall League.

That just reiterates Marcus Stroman still needs a little more seasoning more making the leap to the Major Leagues. As exciting as it would be to see him begin the season with the Blue Jays, the correct choice is to have him start the year in Buffalo.

Just when you though the Blue Jays might be making some progress when it comes to utilizing Adam Lind to the fullest, John Gibbons goes ahead and says something like this:

If I recall correctly, John Gibbons did use Adam Lind in a strict platoon to begin the season last year, but that strategy was abandoned shortly thereafter for whatever reason. This time, Gibbons isn’t even waiting until Opening Day to open up Lind to lefties.

Nobody really knows the rationale behind it, but my own personal conspiracy theory is that the decision came from upper management (either Alex Anthopoulos or Paul Beeston).

As ridiculous as it sounds, perhaps they’re afraid of upsetting Adam Lind by sitting him versus lefties and want to show loyalty to one of their most tenured players. Other than that, I can’t think of a logical explanation as to why John Gibbons won’t platoon him.

Lind may have displayed limited success against left-handers for a brief period last season, but the fact remains he’s a .219 career hitter against lefties.

I’m not exactly sure what Gibbons’ definition of a “strict platoon” will entail, but unless Lind has particularly poor numbers against a specific starting pitcher, then I guess he’ll likely be in the starting lineup most games.

Ian Hunter
Ian has been writing about the Toronto Blue Jays since 2007. He enjoyed the tail-end of the Roy Halladay era and vividly remembers the Alex Rodriguez "mine" incident. He'll also retell the story of Game 5 of the 2015 ALDS to his kids for the next 20 years.
Tags : Adam Lind     John Gibbons     Marcus Stroman     Ricky Romero 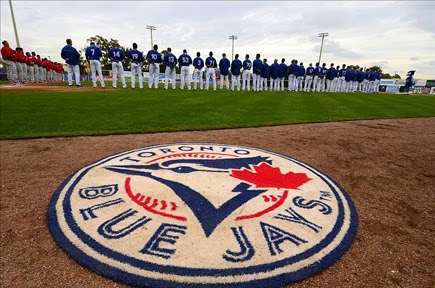 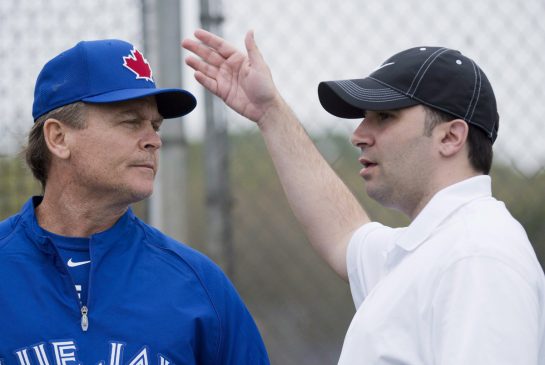 Is There a Disconnect Between John Gibbons and Blue Jays Management?