The Brewing Battle for Centre Field

One year ago, there was just one sole starting position up for grabs on the Blue Jays roster going into Spring Training; the battle for left field between Travis Snider and Eric Thames. This year, it’s a different story; every starting position is all but accounted for.

Keep in mind, this is all before pitchers and catchers are even set to report on February 13th. So as far as position players are concerned, all their jobs are safe. None of these guys will be battling for a starting spot.

Or so it would seem.

There may in fact be one underlying battle brewing beneath the surface that has yet to come to a head, and that’s the battle for centre field between Colby Rasmus and Anthony Gose.

At
the time of the Rasmus trade in July 2011, it was widely viewed as a coup for the
Blue Jays because they received the best player in the deal; a potential five-tool centre fielder in Colby Rasmus. Ever since then, he’s struggled to put together any
sort of semblance of consistency with the Blue Jays.

It’s frustrating because Colby Rasmus certainly
has all the tools to be an elite player. And yet for one
reason or another, Rasmus has only looked good at the plate in short stints. One can imagine the coaching staff and front
office must be frustrated with him as well.

Maybe Colby Rasmus isn’t the five-tool centre fielder the Blue Jays were hoping he would be. If that’s the case, Anthony Gose is
looking more and more like the right choice moving forward.

For
the moment, Colby Rasmus can bide his time. Anthony Gose is not
breathing down his neck and forcing the Blue Jays to make a decision on
one player or the other. However, depending on the circumstances, that
can all change very quickly.

The Blue Jays have already
started Anthony Gose’s service time clock with 56 games played last
season, so they won’t be in a hurry to rush Gose back to the big leagues anyway. Barring an injury to Rasmus, Gose will remain in Buffalo for the time being.

One thing’s for sure, Anthony Gose isn’t going anywhere any time
soon. Miami wanted him as a part of the blockbuster trade with the Marlins and Alex Anthopoulos said no. That speaks volumes; if Gose
wasn’t included in that deal, then Gose won’t be included in any future
deal, either.

Anthony Gose is one of AA’s “guys”, so one can’t imagine Alex would part with Gose under his watch. Considering the
amount of time and energy the front office put into acquiring Anthony
Gose in the first place, they would definitely not let Gose slip through
their fingers without a fight.

2013 will be the true litmus test for Colby Rasmus. If he has a solid season, the Blue Jays will have a difficult decision to
make. But if he falters once again in 2013, the obvious choice is to run
with Anthony Gose and hope to find a suitable trade partner for Colby Rasmus.

Having
two quality centre fielders is certainly a great problem for the Blue
Jays to have, but eventually they’ll have to make a decision. They’ll
either have to shift Gose over to left field and keep Rasmus in centre,
or trade Rasmus and give Gose the reins in centre field.

Luckily, 2013 is not the year where the Blue Jays need to make a definitive decision one way or the other. Colby Rasmus isn’t a free agent until 2015, and Anthony Gose is under team control through 2017.

Time is definitely on their side, but which player is going to benefit them the most in the next three years? This is now a very short window of contention for the Blue Jays, and many of the star players that are on the roster right now might not still be around come 2015 or 2016.

The next two or three years are crucial for the Blue Jays, and Either Colby Rasmus or Anthony Gose could play a large part in the success of this team during that window of contention. Which is why it’s imperative the Blue Jays get Rasmus/Gose decision right.

More and more, it looks like Anthony Gose is the viable option for the Toronto Blue Jays in centre field. Unless Colby Rasmus starts playing like his pre All-Star break self on a consistent basis, the decision in centre field could very well be an easy one for the Blue Jays to make.

Whether Alex Anthopoulos wants to admit it or not, the battle for centre field is officially on.

Ian Hunter
Ian has been writing about the Toronto Blue Jays since 2007. He enjoyed the tail-end of the Roy Halladay era and vividly remembers the Alex Rodriguez "mine" incident. He'll also retell the story of Game 5 of the 2015 ALDS to his kids for the next 20 years.
Tags : Anthony Gose     centre field     Colby Rasmus 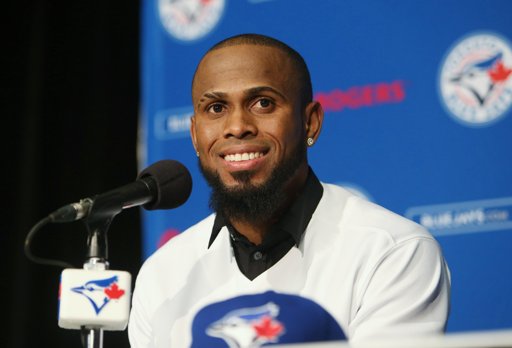 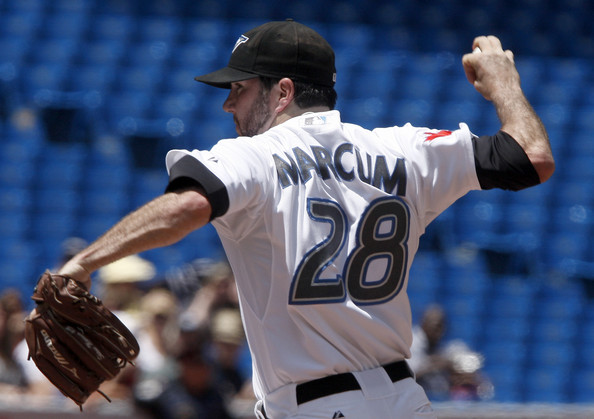 Was Shaun Marcum the Smoking Gun?