Well, the search for the new closer of the Toronto Blue Jays has come to an end; it will be Sergio Santos.

At first, I was a little puzzled by the move because it was just a few weeks ago that John Farrell stated the club had internal discussions that Nestor Molina might be the closer of the future. Having worked with him first hand in Lansing and then New Hampshire, Sal Fasano sung the praises of Molina as well.

Perhaps that was just the Blue Jays talking up their prospects, but then they turned around and traded away their “closer of the future”. I’m not sure how serious those discussions were about Molina as closer, but something must have changed since then.

Sure, Toronto could’ve given Nestor Molina the ball out of Spring Training camp as the closer and gone the rookie closer route. It certainly would’ve been a cost-controllable option, but there would have been questions about Molina’s ability to jump to the majors.

Was that just the Blue Jays trying to add more value to one of their highly-touted prospects? If it was, that was a genius move, but one would think a team’s scouting report wouldn’t be influenced by what another team says in the media about said prospect.

After the initial puzzlement wore off, I looked at Sergio Santos’ contract details and suddenly this swap started to make much more sense. Santos is under contract through 2014 and has three options tacked on to the end of the contract. So if they wish, the Blue Jays can control Sergio Santos until 2018.

That being said, unless Santos transforms into one of the elite perennial relief pitchers in the league, I highly doubt the Blue Jays will be exercising all three of those options for $6 million, $8 million and $8.75 million respectively.

Having a reliever of Santos’ calibre for six years is a very valuable commodity, and one I’m sure Alex Anthopoulos prefers to signing Jonathan Papelbon, Heath Bell or Ryan Madson to ridiculous amounts of money.

Judging by the way the closer’s market has boiled down this off-season, the price for signing free agents has been very steep … maybe even much steeper than Alex Anthopoulos anticipated.

Trading one of your top prospects for a reliever is always risky business, but this is not something AA isn’t accustomed to. Molina was highly-touted as a starter, but he must have been projected at best as a reliever. In that case, the edge goes to the Blue Jays.

With Sergio Santos, the Blue Jays get a good compromise; a reliever who has two seasons of experience in the big leagues, and who can close out games if need be. He doesn’t even necessarily need to be the closer, but he more than likely will take the closer’s reins for now.

Now with Zach Stewart and Nestor Molina moving from Toronto to Chicago, I’ll have to keep a close eye on the White Sox starting rotation the next few seasons. It will be interesting to see what comes of both of those young arms.

In the meantime, Sergio Santos will take his post at the top of the depth chart in the Blue Jays bullpen. He will no doubt be a pleasure to watch as he misses opponents bats.

And here’s a fun fact about Sergio Santos: he didn’t give up an earned run on the road all season until September 3rd. In total, he only gave up five runs on the road. Talk about a road warrior!

Santos also held opponents to a .129 AVG on the road and had a 1.47 ERA away from home. Again, I might just be cherry picking stats here for the sake of making this trade look great, but Sergio Santos looks to be a fine addition to the Blue Jays bullpen.

Ian Hunter
Ian has been writing about the Toronto Blue Jays since 2007. He enjoyed the tail-end of the Roy Halladay era and vividly remembers the Alex Rodriguez "mine" incident. He'll also retell the story of Game 5 of the 2015 ALDS to his kids for the next 20 years.
Tags : Alex Anthopoulos     Chicago White Sox     Sergio Santos     trade     winter meetings
Previous post 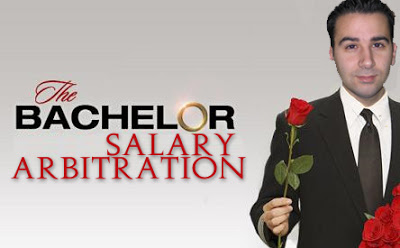 Kelly Johnson, Will You Accept This Arbitration Offer?