“Outfielders here … get your outfielders here!” The Toronto Blue Jays don’t have and old-timey vendor hocking outfielders down on Bremner, but with the surplus of players who can patrol the outfield, they may as well have.

But if you add up all the guys with big league experience in the outfield, that list actually balloons to 12 players. Needless to say, the Blue Jays have a bevvy of bodies to cover only three positions in the outfield.

In his conference call with the media yesterday afternoon, Alex Anthopoulos reiterated his plan was to go with five outfielders for 2012. That might seem like overkill, but considering the injury woes Blue Jays outfielders have sustained these past few seasons, that might not be such a bad idea.

AA also said the trade for Ben Francisco won’t precipitate another move, which I find hard to believe. Francisco was a non-tender candidate by the Phillies, and why would you acquire a backup outfielder unless another one was on their way out the door?

All signs certainly seem to point to one of the Blue Jays outfielders being dealt, the burning question is which one? Bautista and Rasmus are immediately out of the question, which makes Travis Snider and Eric Thames the top two candidates.

After the news broke of the Francisco trade, some thought this all but signaled the beginning of the end for Travis Snider. There have been plenty of rumours this off-season about the Blue Jays possibly shopping Snider, and now those fires have been stoked once again.

Even though the writing may appear to be on the wall for Travis Snider, I actually think it’s Eric Thames that has a far better chance of being traded and could possibly fetch more in return on the chopping block.

We’ve endured the Travis Snider saga for the past four years, and nothing would set my soul ablaze with satisfaction that to see Snider do well. Of the two, Snider still has the higher ceiling … even after all the injuries and trips to the minors.

At this point though, the Blue Jays would be selling low on Travis Snider. His potential is limitless, but Eric Thames just barely nudges ahead of him on the depth chart. So it doesn’t make sense to trade away a player the Blue Jays have invested in since 2006.

Snider comes with more upside, but Thames just put in a decent rookie campaign during 95 games in the majors. So which of these two outfielders looks more attractive to potential trade partners?

As great as a season that Eric Thames had, if I’m a rival executive I’m gunning for Travis Snider. He’s the diamond in the rough with a ton of upside and lots of service time left in his career.

Ideally, I’d like to see the Blue Jays hang to Travis Snider and include Eric Thames in some sort of package deal. One could argue that we’ve seen the best that Thames has to offer, and while I don’t claim to be Miss Cleo, I can’t foresee Thames improving upon his rookie campaign.

There’s always the possibility trading Thames could come back to bite the Blue Jays, but that’s the cost of doing business. Pure and simple, you have to give up talent to get talent.

The Blue Jays have much more time and energy invested into Travis Snider than they do Eric Thames. While Thames’ journey to the majors seemingly came out of nowhere, Snider’s story has been under the microscope and heavily publicized since day one.

As it stands, that outfield is only big enough for three full-time outfielders, and there’s six guys who could all take those spots. All I have to say … is may the best men win.

Ian Hunter
Ian has been writing about the Toronto Blue Jays since 2007. He enjoyed the tail-end of the Roy Halladay era and vividly remembers the Alex Rodriguez "mine" incident. He'll also retell the story of Game 5 of the 2015 ALDS to his kids for the next 20 years.
Tags : Colby Rasmus     Eric Thames     outfield     Rajai Davis     Travis Snider
Previous post

If You Come, They Will Build It 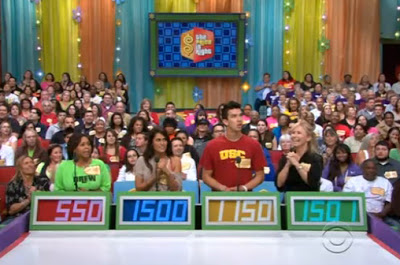 Is the Price Right on Yu Darvish?